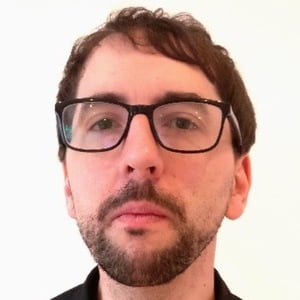 Independent festival organisers from across the country descended on Sheffield for the Association of Independent Festival’s (AIF) 2019 Festival Congress last week.

It was the second time that the event was hosted in the Yorkshire city, with this year’s programme offering the usual cross-media, multi-discipline expertise that the Congress is known for. From photography and podcasting, to data, dystopian art pieces and saving the planet, this year’s gathering was a real melting pot of ideas. Here are just some of the key takeaways.

Collective spirit is key for independent festivals
The spread of delegates at this year’s Festival Congress, and the breadth of ideas being exchanged over the two days was a real testament to the creativity and diversity of the independent festival circuit.

We kicked off the event with an updated ownership map of UK festivals over 5,000 capacity and, with AIF members representing almost 20% of that sector, ours is a strong community that is willing to work collaboratively. With just under 30% of the market being controlled by two global corporations (Live Nation and AEG Live), that collective spirit is still vital.

We all need to combat climate change more quickly
2018’s Drastic On Plastic pledge has seen AIF member festivals take a no-nonsense approach to reducing their carbon footprint with concrete plans to abolish single use plastics from their events. This year’s Take Your Tent Home campaign followed with an urgent message to festivalgoers and retailers alike – we can’t afford to treat tents as disposable items.

The danger climate change poses to the planet (and the sheer scale of the work left to do) was outlined in no uncertain terms by Extinction Rebellion’s Bing Jones on the first day of this year’s Festival Congress. Jones applauded festivals that are already working creatively with climate change campaigners and called for more to follow suit. The event was also the first-ever carbon net neutral events industry conference, working with charity Energy Revolution to offset the impact of speaker and staff transport and inviting delegates to do the same.

A good photo still speaks a thousand words
Since every festivalgoer packs a camera and editing suite in their pocket these days, you might argue that the role of music photography has diminished. Legendary ‘snapper’ Jill Furmanovsky admitted that life behind the lens has become more complicated for professionals in the Instagram age. But, as she talked through some of the most iconic images from her rock archive (including Oasis, The Rolling Stones, Bob Marley and Amy Winehouse), it became apparent that the power of a camera in the hands of someone with talent and vision will never be replicated by a smartphone – and that iconic imagery can ensure legacies last lifetimes.

Mental health first aid focus
AIF also launched a partnership with Music Support that will enable members to access discounted mental health first aid training. The festival industry places an understandable emphasis on audience welfare, as evidenced by a fantastic presentation from Music and You’s Jack Williamson on the LiveLive initiative at forthcoming Lewis Capaldi shows. But the Music Support partnership and accompanying talk from their MD Eric Mtungwazi underlined the equal importance of looking after the mental and emotional wellbeing of the teams delivering festivals in what can be a uniquely challenging and stressful industry.

Festivals are content mines – with untapped potential for podcasting
During his presentation on the power of podcasting, radio producer Chris Bailey enthused about the potential killer content that festival organisers had on their door step all year round.

From artist interviews to on-site diaries to vox pops from festivalgoers themselves, Bailey encouraged indie festivals to make the most of their constantly replenishing creative resources and do more with multimedia before, during and after the big event. Following this, Rob da Bank hosted the first live recorded version of his A to Z of festivals podcast, interviewing 10,000-cap. family-friendly festival Deershed on the second day of the conference.