Cast out: Steiny on the end of Promoter 101

With Promoter 101 set to conclude this month, Dan Steinberg reflects on three years of the industry’s favourite podcast 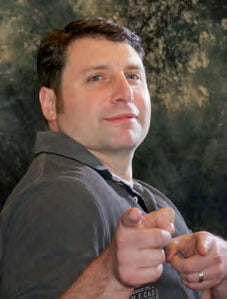 Along with my co-host, artist manager Luke Pierce, I created the podcast as an evolution of my panel moderation and interviews at events like Pollstar! Live, the IEBA Conference and Aspen Live. It began three years ago, in October 2016, with inaugural guest Tom Ross.

Dave Chumbley was such a character. It was a very jovial session – we played games, told stories… I had a lot of fun. His family called shortly after he died [in August 2017] and asked for the audio of it, and they played the show at his wake.

People told me afterwards that they were so moved by that interview. I wasn’t trying to build this time capsule looking back at Dave’s life, but we inadvertently created this thing for people who knew him very well.

It’s risky to put yourself out there with a podcast when you’re working in the industry that supplies both the guests and listeners, but I saw a gap in the market for shows made by the business, for the business.

No one had ever done anything like it before. There are a million music-industry podcasts, but they’re all run by guys who never made it – guys who got to open up for a really cool band one time, or headlined a 500-capacity room, but no one who truly understands from inside the industry.

Plus, I’ve always been rewarded for taking risks. I remember a few years ago seeing Emma Banks hosting the Arthur Awards (at the murder-mystery-themed ILMC 29), dressed up in flapper garb, and thinking: Here’s a whole room of agents who are fine with the fact their competitor is hosting these awards, and they’re sat down here instead. And they’ve bought a ticket! But she’s Emma – she’s a badass and a genius, so she can get away with it.

Doing what Emma does – being able to laugh at yourself and being a bit more out there – has always worked for me. Promoter 101 is an extension of that. When people remember who you are and what you do, that’s advertising you don’t have to pay for: I’d get venue GMs buying our shows, saying to me they love the podcast, while other companies are taking out full pages in Billboard and Pollstar…

Promoter 101 is a personal project, unaffiliated with Emporium – but the popularity of the podcast definitely expedited the process of Emporium being acquired by Live Nation in late 2018. Incidentally, my Pollstar Live! 2018 keynote with Live Nation president and CEO Michael Rapino is still the most-listened Promoter 101 episode to date.

But the podcast is completely separate from Emporium, and it wasn’t included in the Live Nation deal. It’s a labour of love. I didn’t want them to be responsible for covering a loss leader.

Since it started, Promoter 101 has probably cost me hundreds of thousands of dollars! The travel is insane. And it’s not like I can invite people to a Motel 6. So the coffee and tea service alone costs a fortune…

I have received multiple offers of sponsorship for Promoter 101, but I turned them down in favour of self-funding. I live a pretty gifted life and the music business has allowed me some serious comforts. I live a life most people don’t get to – so it’s really the least I can do to give back. It’s my way of paying it forward. I owe it to the industry.

I have a list of about 180 other guests I’d like to interview, but I’d prefer to end the podcast now and go out on a high. I don’t want it to get old and boring. The show’s better than it’s ever been – it’s at its peak now. So, while there are certainly people I’d still love to interview, I don’t know if there’s anything left for me to do. What would another six months add to it?

I feel like I’ve annoyed enough people, I’ve paid it forward – I’ve done my job. People have asked me if I’d consider handing it over to someone else, but it’s not going to happen. I don’t want to see people sleeping with my ex-girlfriend!