Two years on from the Manchester Arena bombing, there remains some way to go to ensure live events are as secure as possible, says Gentian Events’ Eric Stuart 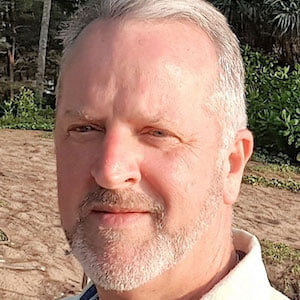 “What has changed since Manchester?” It’s a good question, with a mixed answer. An awful lot has changed. But the bigger question is: “Has it all been beneficial?”

The answer, according to many of my colleagues, would be a simple “no” – and I would have to agree. Yes, a lot of good work has been done, but the direction and focus has often been confused.

Better CCTV, behavioural detection, closer relationships (in some places) with police and some re-engagement have undoubtedly been among the improvements. One really positive action has been the closer scrutiny by safety advisory groups (SAGs) into matters of event security – although the advice has not always been quite as helpful as it might be if SAG members had some training and better understanding of events.

So much money, time and effort has been spent in keeping ramming vehicles away from crowds that other risks have been side-lined and the ‘old-fashioned’ model of risk assessment seems to have been lost in the process. Of course, the consequences of a vehicle attack are likely to be catastrophic, but how great is the likelihood of it occurring? When we look at the risk of drugs, weather and all the other methods of terrorism delivery, the ramming attack risk must be placed within a range of threats and assessed properly. Yet, for the last two years, it seems to have been almost the only focus of many who give security advice for events.

It has taken the mayor of Manchester, Andy Burnham, to push for a wider review of event security overall, under the banner of ‘Martyn’s law’, after one of the victims of the Manchester attack.

I write this as the director of Gentian Events Limited, but I am also the chair of the United Kingdom Crowd Management Association (UKCMA), a group whose sole purpose is to try to keep crowds safe wherever they gather. The UKCMA wrote to Mr Burnham offering support for his cause two months ago and we are hopeful he will take us up on that offer.

When we look at the risk of drugs, weather and all the other methods of terrorism delivery, the ramming attack risk must be placed within a range of threats and assessed properly

We do believe more can be done, but a knee-jerk instigation of measures that are not commensurate with the threat cannot be the way.

For the last two years, we have exposed hundreds of thousands to lengthy waits outdoors in extremes of heat and rain while enhanced searches have been implemented. We may have deterrred and kept out terrorists, but we have created far higher-density crowds in vulnerable locations outside while doing so.

Worse in many ways, we have ‘locked down’ open street events by blocking off roads with concrete blockers, vans and HGVs to prevent hostile vehicle attacks. To date, none of those crowds have been impacted by other incidents, because if we had another Manchester, or a firearms/knife attack, a building fire, gas explosion or a drone crashing during these events, our policy of ‘run, hide, tell’ would immediately fail as people run towards blocked exit routes.

In the context of crowds, we are certainly seeing more ‘stampede-like’ behaviour, as frightened people misunderstand what their senses or other information sources are telling them and just run: The Black Friday 2017 incident at Oxford Circus in London (60+ injured as they “escaped” from an innocuous fight); the crowd-initiated evacuation at Global Gathering in New York (a fallen barrier sounding like a gun, with seven injured); and, just last month, self-evacuations at Bank tube station in London (another fight), and 22 injured in New York when a motorbike backfired. Free-running crowds will hurt themselves and each other. But if they run into a dead end caused by hostile-vehicle mitigation measures, the consequences will be worse.

So, yes, things have changed – and, in some ways, improved. But there is much more to do. We are doing our best, but the security industry cannot do this alone: we need help and we need to work together to improve.