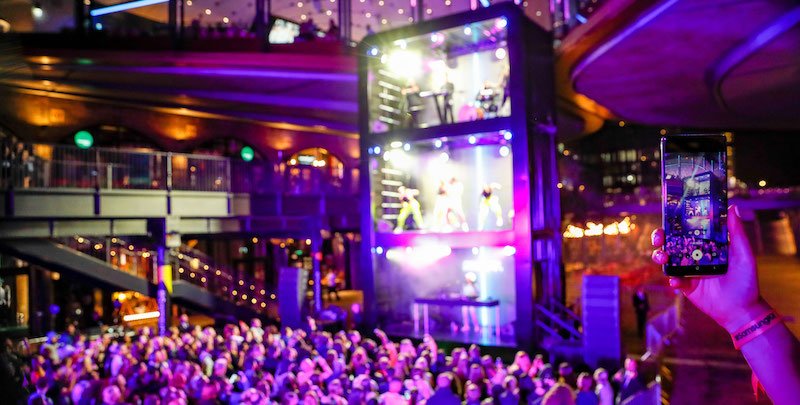 The vertical stage is designed to give smartphones the "perfect shot"

On Tuesday (3 September), Mabel inaugurated the new three-storey, 9m (30’)-high stage in front of a crowd of 2,000, with the British-Swedish singer performing alongside her dancers on one level, and her band on the other two.

Samsung says the creation of the stage was spurred by research that shows 94% of smartphone users take photos and videos vertically, and that 79% of people find vertical content to be “more engaging”. The vertical stage, then, is “optimised for the crowd to capture and share instantly across social media”.

Samsung KX’s Tanya Weller says: “We are thrilled to deliver a world-first music event for our guests at Samsung KX; this experience was designed to give fans the ultimate performance tailored specifically for instant sharing.

“We pride ourselves on creating innovations that defy barriers, and tonight’s vertical stage performance […] showcased how, if we work together, we can do just that. We’re excited to see how Samsung can integrate into their visions of a better future by providing a destination for the latest in local culture and innovation, powered by Samsung technology.”

You think discussions over festival bills can get heated? Try telling an agent their act is playing on the bottom storey of a virtual stage…