Lessons from Viagogo v. the CMA 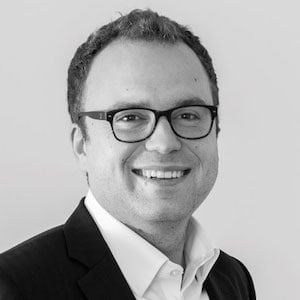 On 4 July, CMA announced that it intended to move forward with legal proceedings for contempt of court against Viagogo, alleging that it is failing to fully comply with a court order issued in November 2018.

Then, on 19 July, the High Court in England handed down its judgment in relation to separate proceedings under which Viagogo sought declarations from the court that it was complying with two separate provisions contained in November’s court order. The court ruled that Viagogo was complying with one of the provisions in the court order (in relation to its obligation to display information about ticket face values, as the court order specifically allowed Viagogo to display “through a suitable label or icon”) – but was not compliant with its obligation to disclose information relating to deadlines for refunds of claims in a way that did not force users to take action to access the information.

July’s action is the latest in a long line of developments stretching back to June 2016, when the CMA reopened the Office of Fair Trading (the CMA’s predecessor’s) investigation into the secondary ticketing market. Although the investigation focused on the practices of four secondary ticketing platforms (Get Me In!, Seatwave, StubHub and Viagogo) and whether they were compliant with consumer protection laws, Viagogo has faced the most CMA scrutiny. The CMA was able to secure a court order in November 2018, which forced Viagogo to “overhaul the way it does business” by mid-January 2019. At the end of January, CMA announced that it had serious concerns about Viagogo’s compliance with the court order (something it repeated in early March 2019).

As the 19 July judgment was fact-specific, it is difficult to determine whether this will have implications beyond the specific circumstances of the CMA’s dispute with Viagogo. However, the judgment did make clear that:

Despite being a partial victory for Viagogo, the judgment does not appear to put an end to the dispute, as the CMA made clear that it would still be moving forward with legal proceedings for contempt of court against Viagogo in relation to Viagogo’s compliance with other parts of the order.

Even if the CMA’s legal action is not successful, it has successfully secured real change from the main operators in the secondary ticketing market place (albeit the change is just to bring those operators in line with the current law) and brought the issue to the attention of the wider public. This wider attention ­– as well pressure put on it by stakeholders in the live events industry ­­– is felt by many to be have been behind Google’s decision (on 17 July 2019) to remove Viagogo from its paid-for search results, which could result in a significant downturn in business for Viagogo.

The CMA will no doubt continue to monitor, and actively enforce, compliance with consumer protection laws in the secondary ticketing market, but other industries are also in its crosshairs. The CMA has recently announced two new actions; the first, in April 2019, is an investigation into Nintendo Switch, PlayStation and Xbox’s auto-renewal terms, and the second, in June 2019, is a programme of work aimed at tackling fake and misleading online reviews (initially focusing on Facebook and eBay).

While these investigations may not impact everyone directly, it is important for those working in consumer-facing industries to remember that, as competition authorities’ investigative eyes periodically shifts to new areas, the prudent approach is to ensure that you monitor your compliance with consumer laws and best practice.

Mike Jones is an associate at law firm Harbottle & Lewis.