Double standards in the fight against secondary 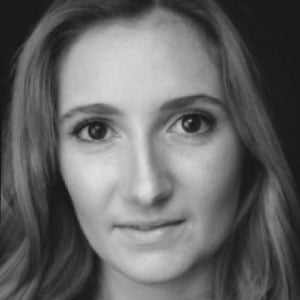 Since 2017 there has been a growing movement against secondary ticket sellers. Many of these sites appeared in the early 2000s and offered consumers a marketplace to sell unwanted tickets, as well as giving those who might have previously missed out a chance to be part of the action.

Unsurprisingly these sites grew rapidly in popularity, as did their profits. To put it in perspective, just six years after it started, StubHub was the eighth fastest-growing private company in America – a trend that was also replicated across Europe with the growth of Viagogo.

It’s fair to say that the growth of the secondary ticket market has not been popular with everyone, not least the primary ticket sellers and customers who have at times overpaid for tickets without realising.

In the last 12 months alone, the media has been rife with headlines branding these secondary sellers “callous”, “morally repugnant” and “greedy”. Alongside this, we’ve seen a rise in grassroots-led consumer action groups, such as of Victim of Viagogo and FanFair Alliance.

While a number of the criticisms levelled at secondary ticket sellers might be true – ie that they profit from the reselling of tickets at increased value – the same disdain for profit-making is rarely directed to primary sellers or the musicians and sports teams themselves.

The fact is, even before these tickets make it onto secondary sites, the system is geared towards profit margins, not the fans – and it’s high time we are honest with ourselves about what the real motives are behind efforts to close secondary markets.

The system is geared towards profit margins, not the fans

Price inflation starts with the artist
Top-flight musicians have been considerably raising prices to their live events for the last five years. As Matthew Moore pointed out in the Times last month, in the first half of 2019 alone the biggest 100 global tours generated sales of $2.1 billion, with the UK’s own Elton John raking in a whopping $82.6 million.

The reason they’re making so much more is because on average this year, the cost of entry to a top show is up over 20% since 2017.

But if artists are worried they can’t generate enough through primary sales, they have a ready-made solution in the secondary market – the same market they have so virulently demonised.

In July of this year, news broke that Metallica had put 88,000 tickets up for sale on secondary sites at inflated prices without them even making their way through the primary vendor.

Both these are examples of artists finding a way to ensure their product generates the most income – put simply, they are making a profit at the expense of their fans. The prices for goods and services are determined by the open market, and consumers, the laws and forces of supply and demand are free from any intervention. So why does this notion of profit-making become so unpalatable when a ticket is being resold?

If someone wants to sell a ticket for ten times the original price, that’s their decision, however unpalatable

The double standard
There are undoubtedly people who take advantage of opportunities to capitalise on ticket demand and make more than the original owner did – much like in, say, the classic car industry, the housing industry and even the comic-book industry. Yet do we ever hear the same level of public vitriol directed towards Auto Trader?

When we hear stories of someone paying over $1m for a secondhand comic book, we may be baffled by the buyer, but we don’t chastise the seller. So why is ticketing any different?

It’s different because the primary ticket industry doesn’t want to admit this argument is about profits, plain and simple – not consumers’ rights. If someone wants to sell a ticket to Fleetwood Mac for ten times the original price, that’s their decision, however unpalatable. The big primary ticket sellers aren’t deeply wounded by this affront to music lovers’ ability to see their favourite artist… they are deeply wounded by the fact they didn’t charge more in the first place.

This is, of course, their prerogative, because this is their industry, too – and it’s a competitive one. But let’s stop pretending this argument is a moral one because then we can actually start improving fans’ rights for real.

Katy Roxburgh runs UK Fans’ Trust (UKFT), which campaigns for ‘fans’ rights’ in ticketing, including the ‘right’ to resell a ticket. She is also an associate director of SABI Strategy Group.