The Live Nation Belgium CEO picks his highlights of Rock Werchter 2019, after a successful 45th outing for one of the country's best-loved music festivals 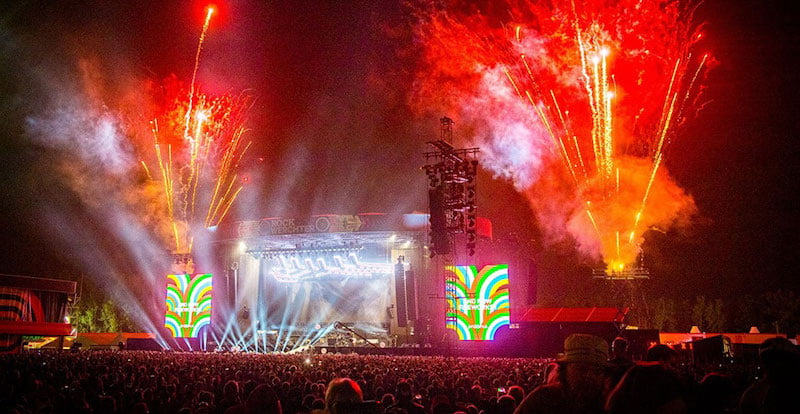 As previously reported, summer 2019 is proving to be something of a mixed bag for the European festival sector, with reports of a general slowdown contrasting with a number of high-profile sell-outs and successes. Nowhere, however, is this more true than in Belgium – where in the last weekend alone, a new event, Vestiville, collapsed spectacularly, while one of Europe’s largest rock/pop festivals, Rock Werchter, celebrated critical and commercial success for its 2019 edition.

While the organisers of the former are questioned by Belgian police, Rock Werchter’s founder and promoter, Live Nation Belgium CEO Herman Schueremans, is in buoyant mood after welcoming 160,000 people to the village of Werchter, near his hometown of Leuven, for the 45th Rock Werchter (Thursday 27–Sunday 30 June).

“There was a move to more day tickets, but it was the same gross and a top result compared to a lot of festivals in Europe and the USA. I’m very happy with that.”

Here, Schueremans shares the key moments of Rock Werchter 2019 – and weighs in on the Vestiville debacle, as well the health of the Belgian festival market…

Thank you for the music
Schueremans says all Werchter’s headliners, Pink, the Cure, Tool, Florence and the Machine, Mumford and Sons and Muse, put in “great performances”, with sets by Brockhampton, Kylie Minogue, Robyn, Richard Ashcroft and more also receiving five-star reviews. “Greta Van Fleet, Janelle Monáe, Lizzo, Rosalía, Masego and many others also delivered,” he comments. “We have helped build many artists’ careers via their performances at Rock Werchter – that’s our mission in live.”

Feeling the heat
With temperatures soaring as high as 33°C (92°F) on Saturday, organisers rolled out a heatwave plan to keep festivalgoers safe in the sun. In addition to handing out free drinking water, there were also a number of ‘refreshment points’ and cooling sprinkler systems placed around the festival park for a quick freshen up. Meanwhile, teams of distributors handed out free sun cream, and air conditioning units cooled the Barn and Klub C tents.

On your bike
According to Schueremans, some 15,000 local festivalgoers arrived by bike, taking full advantage of the festival’s plentiful bicycle parking. Many more came from further afield, with visitors from no less than 109 countries.

Unwanted guests
Less welcome than the paying guests was an influx of oak processionary caterpillars, which can cause skin irritation and itching. However, their nests were dealt with “quickly and effectively” by the on-site fire brigade, says Schueremans.

Baby, you’re a firework
Rock Werchter came to an end with festival’s traditional firework display, which lit up the sky after headliners Muse closed the event on Sunday night. However, for 2019 organisers invested in close-proximity fireworks, which offer the same bang for buck but are “far less noisy, with a reduced impact on the community,” says Schueremans. “So no scared animals…”

Always start small
Schueremans suggests Vestiville – an “imported festival from Holland” – failed because it tried to run before it could walk. “It was a non-event, without roots, and it proves again that it is much wiser to start a festival small and let it grow every year,” he says. “It is like a tree: plant it in good soil, water it well, take care of it and it will grow every year. Miracles based on marketing and myths don’t exist…”

“Part of our DNA”
“The Belgian festival market is still healthy,” Schueremans reports, “but we all work closely together to diversify the festivals and to take care of this important part of cultural heritage over here. They are part of our DNA.”

“We are passionate about festivals and want to do better every year, to serve the audience even better,” concludes Schueremans, who says the Werchter team are already making plans for 2020.

As to the secret to the festival’s success, Schueremans puts it down to a winning combination of strong programming with a focus on festivalgoers’ experience.

“We present a quality, eclectic bill with a mixture of top headliners, midsize acts and new artists,” he explains. “We take care of our audience and treat them well. They get value for money on all levels, and they appreciate it and keep coming.”