‘A victory for bureaucracy’: Doctor Music's founder and CEO, Neo Sala, details the questionable circumstances behind the cancellation of the Festival of the Cow 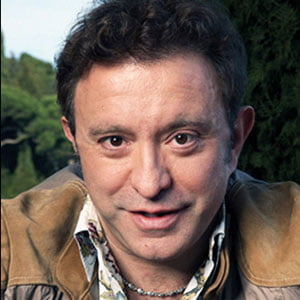 The recent cancellation of Doctor Music Festival, aka the Festival of the Cow, which was scheduled to take place this summer, was a bitter pill to swallow.

The circumstances that brought about the cancellation of the event are surreal to say the least, and would appear more befitting of a Kafkaesque state than a Spanish administration that claims to be concerned with popular culture and the development of rural areas.

Doctor Music Festival was due to take place in July 2019 in Escalarre, in the Pallars Sobirà region of Catalonia, set among an idyllic valley in the Catalan Pyrenees.

This vast meadow, which spans over 100 hectares and is surrounded by high mountain peaks and natural parks, had already played host, some 20 years ago, to three of the festival’s previous editions, which are forever engrained in the history of Europe’s live music scene. In 1996, 1997 and 1998, the region saw three special editions take place, bringing together tens of thousands of people for unforgettable events featuring the likes of David Bowie, Lou Reed, Bob Dylan, Iggy Pop, and hundreds of other legendary names.

This year, the festival was going to make its comeback with the Reincarnation Edition, which looked set to put the Pallars region back on the international music map.

Someone, somewhere, sat in a grey office in a grey building, found a way to extinguish the magic

The 2019 line-up included names such as Rosalía, the Strokes, the Chemical Brothers, Smashing Pumpkins, Greta Van Fleet, King Crimson, Underworld and Christine and the Queens, along with cutting-edge DJs such as Black Coffee, Damian Lazarus, Luciano, Jamie Jones and many more. It was going to be a three-day/four-night extravaganza of music, friendship and nature. A special communion between people, music and the stars.

The event had been designed following the most rigorous of standards when it comes to sustainability, recycling, zero-waste policies, locally sourced produce and harmony with the natural surroundings. The end goal was to leave the valley exactly as it was before the festival took place, or maybe even better.  And then bureaucracy happened…

Someone, somewhere, sat in a grey office in a grey building, found a way to extinguish the magic. Thanks to the board of directors at the Agència Catalana de l’Aigua (Catalan Water Agency), and spurred on by a small local group of urban ecologists of questionable reputation – “eco-opportunists” is perhaps a more fitting term – it was ruled that the open valley was at risk of flooding – despite never having previously suffered flooding as far as any existing records show, and despite the final remnants of snow on the surrounding mountains having melted two months ago. And just like that, the dream was over.

It was a small victory for bureaucracy. Despite protests from the valley’s local residents and mayors, who continued to emphasise the positive economic, touristic and cultural impact the festival would have on the local agricultural communities and residents, the decision remained unchanged. The powers that be had already decided that the local countryside was better used as a “theme park” for city folk to escape to on weekends, where they can enjoy a fleeting illusion of their eco-friendliness, or of being “at one with nature”.

The harmonious development of rural communities, encouraging nature-friendly human activities and working to bring wealth and cultural enrichment to areas that have otherwise been overlooked by these administrations clearly weren’t as important as their desire to demonstrate who ruled the roost.

Their argument was based around the possibility of a flood occurring in Escalarre… maybe. At some point. Perhaps.

What happened next is already common knowledge. We tried to relocate the festival to the Catalunya-Barcelona Formula 1 Circuit in Montmeló, but the general public were not convinced by this swap from lush green valley to urban racetrack. The spirit of the cow had been mortally wounded (at least for the time being) and the magic behind this celebration of music, peace nature and friendship was over.

Live music in Spain owes a lot to Doctor Music Festival, but there is no greater debt than that owed by political parties to the citizens who vote for them.

I hope they bear that in mind when it’s election time and they start promising the citizens of Spain a wonderful and colourful country. The colour they are referring to… might just be grey.