Daddy Cool: Why music must lead on shared parental leave 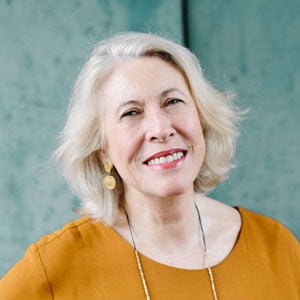 It didn’t exist when I was growing up, and neither did maternity or paternity leave, paid or otherwise; this was made law in 1975 and 2013, respectively. Last month the outgoing UK prime minister stated her commitment to legislating for 12 weeks’ paternity leave, a significant improvement on the present paltry two weeks. Today’s millennial fathers are playing an increasing role in childcare and want a balanced work/home life, and yet outdated working policies are not supporting them to do this. I’ve lost count of the number of new dads that want to take shared parental leave but won’t because, “I worry it will adversely effect my career”, or “My line manager said, ‘Are you joking? Why would you want to do that?’”.

I’m calling on the music industry to increase paternity paid leave from the statutory, unfit-for-purpose two weeks to a minimum of four weeks, and to promote a flexible/smart/agile working policy for EVERYONE.

If action is not taken, top talent will move to more enlightened competitors. ‘Older’ industry leaders were often not very present dads, with long hours the norm, but they have an opportunity to create the conditions to enable dads as well as mums to play an active part in their young children’s lives.

Why am I and increasingly many others, calling for increased paternity leave? It’s good for dads, good for babies and good for mums, and promotes gender equality by giving women more options when returning to work.

One dad told me this: “Most of my two weeks’ paternity leave was spent in and out of hospital as my wife and new son were unwell – and then I was back to work, still in a state of shock…”

A recent DaddiLife survey, the Millennial Dad at Work, surveyed over 2,000 dads between 25 and 40 and found that nine out of ten are closely involved in day-to-day parenting, many sharing equal responsibilities with their partners, but most comment that their employers have failed to adjust to change and most admit to having to invent excuses when they are needed for childcare. (“I needed to be at home with my sick child and the response I got was, ‘Why isn’t your wife doing that?’”)

If action is not taken, top talent will move to more enlightened competitors

A third of dads in the survey said that trying to achieve a balanced life in an out-of-touch work environment was affecting their mental health: “There’s no point HR having family friendly policies if the line manager isn’t supportive. And of course, they’re never called out on it…”

This is borne out by my own research where I’ve found that line managers are rarely trained or held accountable in actively implementing and supporting family friendly policies. “I have a great line manager who has encouraged me to take shared parental leave and is totally cool with me doing compressed hours,” said one music-industry dad, “and yet in another department, on the same floor, a colleague’s line manager belittles him if he requests flex working.” Why is this blatant unfairness allowed to continue, and why is there a reluctance to enforce company HR policy?

It would send such a strong message if even one company increased their paternity leave now, rather than waiting for the big stick of legislation, which is surely coming. We all know it’s the right thing to do, that’s why Google gives two weeks, Facebook 17 weeks, and Spotify gives each parent six months’ paid leave!

Last year the British parliament’s women and equalities committee recommended legislating for three months’ paid paternity leave but, like so many other important issues, it’s been subsumed by Brexit. But it will return.

In 2015 shared parental leave was launched, but only 1% of eligible dads have taken it, mainly because they can’t afford it and are often discouraged to do so. In Sweden new parents can share 480 days, of which 390 days are paid by the state at 80% of salary, and three months is allocated to each parent on a ‘use it or lose it’ basis. Surely if Sweden can do this, the UK can?

Most of the music companies, in their 2019 gender pay gap reporting, mentioned family friendly policies and the provision of flexible working – but they need to be embedded in the culture, communicated fully to all line managers and equally available to men and women.

Claire Singers is an executive coach, consultant and public speaker on diversity issues.