Murs's decade on the road, during which time he has sold 1.8m tickets, was recognised by agency CAA at his recent O2 shows 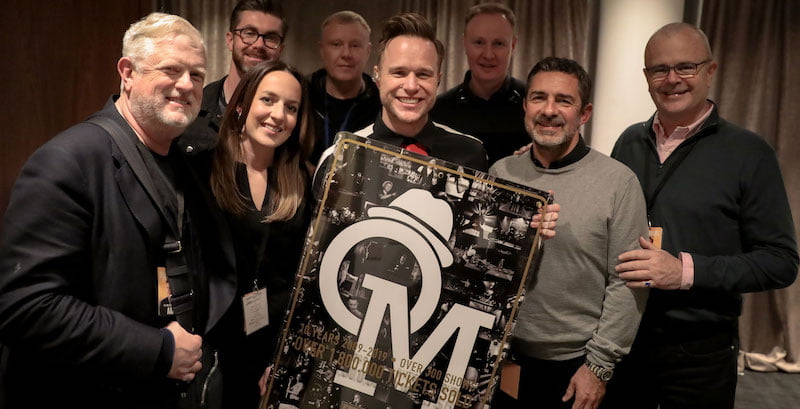 Olly Murs and his management have been presented with a commemorative plaque celebrating his ten-year touring career.

On the first of Murs’s two May shows at the O2 in London (17–18 May), CAA, which represents the British singer worldwide, honoured Murs and Modest! Management for a decade-long touring career (2009–19) with over 300 shows and 1.8 million tickets sold.

Griffiths and Magee, who co-founded Modest! in 2003, also look after the Spice Girls, Little Mix and One Direction’s Niall Horan. They will receive the prestigious MITs Award this November, and last year were presented with the coveted Peter Grant Award at the Artist & Manager Awards.