New AR experiences include AR Livestream, which recreates festival performances on any flat surface, and AR VIP Access, which offers vantage points from backstage and FOH 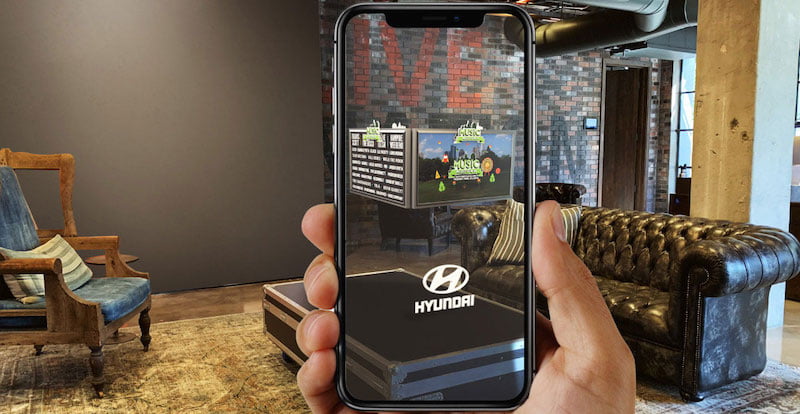 Hyundai is the first brand to use LN's AR products

Live Nation has unveiled a suite of new augmented-reality (AR) products designed to enable artists and brands to connect with fans at its festivals and concerts.

The first brand to take advantage of the technology is Korean carmaker Hyundai, which will use the 25th Music Midtown festival in Atlanta, Georgia, to showcase its new Sonata model.

The five Live Nation AR products currently in development are:

“The ability to drive culture through creativity while also adding value to fans allows brands to elevate expectations at live music events.”

Coachella, produced by rival promoter AEG, debuted its own AR experience at this year’s event, providing fans with AR filters that superimposed space-themed objects onto the Sahara stage and throughout the tent.