Ahead of the impending launch of the Facebook-backed cryptocurrency, GUTS Tickets’ Kasper Keunen explains what it could mean for crypto-ticketing incumbents 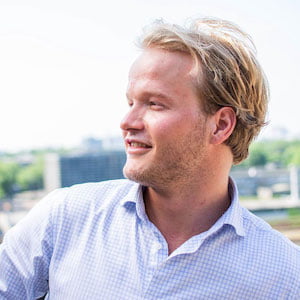 On Tuesday, Facebook revealed the inaugural members of the Libra Association, the non-profit organisation tasked with governing its new cryptocurrency, Libra. With the exception of streaming service Spotify, which said it plans to use the digital currency to facilitate payments in emerging markets, music-industry support for Libra was largely absent – a surprise given the numerous music businesses, particularly in ticketing, active in the crypto/blockchain space.

Here, blockchain expert Kasper Keunen, a developer with the Netherlands’ GUTS Tickets, weighs in on what the launch of Libra means for those businesses – and why its open-source nature presents an opportunity to break the vertically integrated mega-promoters’ hold on the ticketing…

Libra: Initial thoughts
I think it is safe to say that when Facebook initially announced their plans to create a cryptocurrency, everybody in the crypto scene was sceptical. This was mainly due to Facebook’s reputation of data mining and user tracking.

However, the technical documentation made public on Tuesday seems to indicate the proposed blockchain is far more permissionless and open than was initially expected. For example, the Libra white paper states that Facebook will not have more control than any other member in its alliance (so, 1% of the voting rights). Also, the code is fully open source, and it is not required to have a Facebook account to be a user on Libra.

As with everything, the proof will be in the pudding – we’ll have to see if Libra will be executed to the standards stated in the white paper. But to give credit where credit is due, I would say this is a good start.

Where are the ticketing companies?
I found it noticeable that no ticketing company is among the first batch of companies using Libra. If we compare the market capitalisations of the biggest ticketing companies to those associated with Libra, both Eventbrite (US$1.4 billion) and Live Nation/Ticketmaster ($14bn) would fit size-wise – and as Booking.com is currently alone in the ‘travel’ category (which could easily be extended to ‘leisure and travel’ or similar), it gives some room to speculate.

As Eventbrite is currently integrating with Facebook to sell tickets, it’s probably only a matter of time before Eventbrite joins. I would imagine Live Nation is a lot harder, as a significant portion of their ticketing portfolio (mainly in the US) is in the resale sector. However, their absence could very well mean nothing; it seems that all the companies supporting Libra have a well-known brand, whereas Live Nation has a few companies in its portfolio that are less popular, so it could be that they left LN out and it will be added later.

In five years, any company could join the network and use the same functionalities as founding members

GET features, like sharing tickets, creating festival groups/squads, digital event tokens and providing provable transparency (without breaking privacy laws), require far more technology than just the blockchain ‘database’ used to store the data. Meaning that the brand, experience and tech we have built over the last three years is more extensive than just ‘the blockchain’.

Opportunities and the future
The (surprisingly) permissionless and open-source nature of Libra would allow us to tap into a database of potentially billions of users (of course, all on an opt-in basis). This premise does seem to erode some of the advantage currently in hands of companies like Live Nation, whose consumer database is often a motivator for organisers to choose them as a ticketing service, as LN can reduce the marketing cost for an event due to their reach.

If blockchain ticketing companies can use Libra to tap into an even larger network of users (again, all on an opt-in basis for consumers), this blockchain might erode some of LN’s monopoly power. The Libra documentation states that they plan to open the association up for the public in five years, meaning that at that point any company could join the network and use the same functionalities as founding members (though it does seem too good to be true).

Going on the white paper alone, it seems that Libra could create a more competitive market, both in ticketing and in other markets. At GET, we know that blockchain is far more than just a type of database and welcome mainstream users and the possible erosion of monopolies by increased access to a large consumer base. Time will tell!

Kasper Keunen is a blockchain developer for GUTS Tickets and the GET Protocol Foundation.