Elisa Thoma, head of communications at European venue association Live DMA, explains why it's essential clubs are given the recognition and visibility they deserve 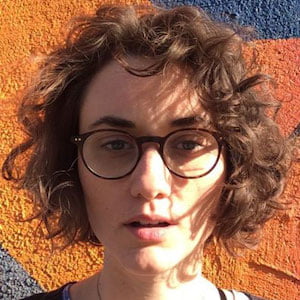 Those places on the corner of the street run by passionate individuals who dedicate their working lives to programming as-yet-unknown or little-known acts. The places that provide the first crucial live experience for artists from the local music scene to place themselves in front of an audience they can trust – an audience of music enthusiasts that considers such venues and clubs places of belonging.

The stereotype of venues and clubs being dirty, rough and unsafe places tends to stick around. The often unusual and diverse business models of these small-to-medium-sized organisations, who might depend on volunteer engagement and a good deal of DIY culture, also feed the perception that these places are dubious or unprofessional.

Since 2012, Live DMA has been working on raising awareness of the huge impact that venues and clubs have on society. Our vision is that decision-makers, the music scene and the public begin to recognise the role that venues and clubs play in the whole music and cultural ecosystem. As a European network uniting 19 live music associations in 15 countries and together representing over 3,000 venues, clubs and festivals, Live DMA presents a collective voice when it comes to working on such challenges.

As part of our capacity building project, Live Style Europe, which is supported by the European Commission via the Creative Europe programme, Live DMA aims to empower live music professionals and to enhance the visibility and recognition of smaller live music venues in particular. In order to achieve this ambition, our focus is on promoting the exchange of ideas and collaborative action. We believe that together we are stronger.

“The stereotype of venues and clubs being dirty, rough and unsafe places tends to stick around”

Boosting Open Club Day on a European-level is part of our action plan. On Open Club Day, live music venues and clubs all over Europe open their doors during the daytime and invite the general public to come and see what happens behind the scenes. Taking place every year on the first Saturday in February, the objective of Open Club Day is to provide insight into clubs and venues for those that would not normally participate in night-time entertainment. By demonstrating the reality of the work that goes into running a small venue or club, we hope that we can destroy the stereotypes that often lead to a lack of understanding of the true value of these cultural places.

Initiated in Zürich by the local bar and club commission BCK seven years ago, Open Club Day achieved national interest in Switzerland in 2015 with the support of Petzi (the Swiss federation of live music venues and festivals). Live DMA co-ordinated the first European edition in February 2018, and already, participating venues and clubs have noted a shift in the perception of their activities by the general public. Open Club Day provides an opportunity for small venues/clubs to showcase the live music business in another light and works especially well in smaller neighbourhoods, where it can create positive connections between those working in venues and clubs and the immediate community.

In larger cities and nightlife hotspots such as Hamburg and Zürich, local club and live music associations tend to take over the co-ordination of Open Club Day, and in addition to guided tours and workshops, they hold panels and run awareness campaigns in order to discuss live music/club culture with local authorities and decision makers.

We have noticed that small initiatives like Open Club Day can have a huge impact and that venues and clubs are eager to participate. Open Club Day strengthens connections between venues/clubs and local communities, and, at the same time, local stages all over Europe, with a strong message: that live music venues and clubs are important cultural, economic and social places and that they deserve recognition for the work they do.