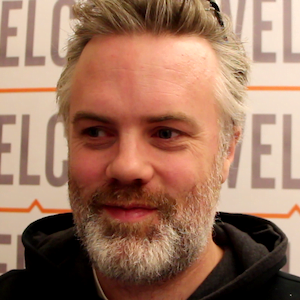 There’s an old joke amongst local music fans that Asia must be an “extra-terrestrial.” Because until very recently, every time a band announced a “world tour,” they’d orbit around the Asian continent like it was an alien moon.

Thankfully, the 2010s have seen the business of live music expand to all corners of the globe. Where once, festivals and touring were limited to the core markets of North America, Europe and Australia (with a little Japan and South America thrown in the mix), the last decade has seen dramatic growth in the newly developing markets of Asia, the Middle East and Africa. It was estimated that there were nearly 300 music festivals in China alone in 2018, up from a mere three in 2007.

An ever-growing number of Western artists come through the region with increasing regularity at all levels of the live spectrum. New venues and festivals have sprung up from Jaipur to Hanoi, Chongqing to Ulaanbaatar, and ticket prices have increased many-fold as disposable income and willingness to spend goes up in all markets. Asian talent is now heading west, with Korean, Chinese and Japanese music touring the US, appearing in showcase festivals in the UK, testing radio waves on and offline, and fans buying billboards for their idols in Times Square. It’s an exciting time to be Asian (or an Asian economic migrant).

This region seems like a no-brainer. A huge population with the classic bulge around the younger end of the age range, young people that have both time and money and an awareness of global and local trends, and media and social media that is increasingly receptive to high-quality content from wherever.

But like any good opportunity, developing markets require investment, time and patience. The globalisation trend of the last two decades is in reverse as countries become increasingly protectionist, and we are seeing signs that the uplift of the last decade is slowing. The greed and short- sightedness of the global EDM industry has contributed to a four-year Asian boom-and-bust, as overly high talent and licensing fees have all but killed a platinum goose.

“Asia demands local know-how and grounded expertise. Diversity is its feature, not a ‘potential roadblock’ to skirt”

Internationally, the pressure on individuals in the newly consolidated agency giants have led to increased demands for worldwide rights from their artists and less urgency on territories that are not immediately profitable. Asia demands local know-how and grounded expertise. Diversity is its feature, not a “potential roadblock” to skirt. But the continuing consolidation of the world’s promoters under the dual aegis of Live Nation and AEG, and the aforementioned roll up of the world’s biggest agencies to create a “big four” have created an increased focus on profits and bottom line, and as such, less focus on building these locally grounded competencies. The focus on global markets and lack of focus on local expertise is creating a contradiction. With consolidation, we’re seeing a race to sign-up “buzzy” artists for “global” rights, for “worldwide” distribution. But many of these words carry the baggage of the past, when much of Asia was indeed extra-terrestrial territory.

It seems to us that there are two options – invest real time and resource in the region, or cede worldwide rights to regional specialists.

Perhaps it’s time to truly go global by ditching the word “global.” Let local differences shine, and recognise local and regional players for what they are: tireless champions of what makes their part of the world special.

If our industry’s superstructure is going to be giant monoliths, we can deflect some of the fragility that comes with it by diffusing responsibilities and opportunities down the line. Regional and local specialisation grows the pie for everyone and shows that we’ve learnt our lesson from the Napster days.

The best music in the world has always come out of hyper-local specificity. We can make sure that the best shows, the best tours, and the greatest experiences in the world do, too.

You can see more at www.scorched.asia.