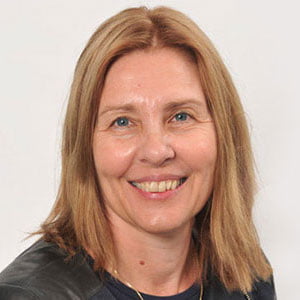 Question: How long does it take for a tent sent to landfill to decompose?

Answer: It’s estimated that it will take between 1,000 and 10,000 years, although landfill archaeologists (yes, they exist) haven’t been around long enough to check.

Yet again in 2018 we were confronted with the aftermath of festival camping, with image after image of campsite waste, mainly tents, appearing in the press. The “teenage wasteland” of our times. But in fact, waste is a problem that besets many different types of event. Just watching the clear up after Notting Hill Carnival with over 60 tons of waste left behind confirms that waste is a problem not just restricted to festivals. But what is a problem unique to festivals and one that we are all too familiar with is that of single-use tent waste.

Why? Reasons and myths
Reasons for tent waste are variously given as: lazy punters who couldn’t care less; campers too hungover to dismantle pop-up tents; the weather: it’s wet, it’s muddy and many just want to get home after the party; simple economics: a festival tent, chairs and table cost around £40 in the UK and hold little value so why bother to take home something that’s probably broken and that you’re going to get rid of anyway; marketing: the “festival tent” has come to imply disposability; and of course, peer influence: because “everyone else leaves stuff behind.”

We’ve also seen the rise of the “it’s OK to leave your tent as they all go to charity” myth. It started with the best of intentions – a couple of festivals teamed up with charities in a genuine attempt to put leftover tents to good use. Suddenly it became the morally right thing to do and resulted in even more tents being left behind. Those charities are only able to salvage one in ten at best, partly because many are in no fit state for reuse and partly because they don’t have the storage capability to hold many before redistribution. As a result, many festivals now tell their audiences not to leave their tents as they don’t go to charity.

Scale of the problem
This summer it was estimated that around 20% of tents (one in five) had been left at a major camping festival of 60,000–70,000 campers. If the 2018 figures are accurate this would mean that around 14,000 tents were left at a single large festival. Scale this up across the UK and Europe, and we are potentially looking at hundreds of thousands of discarded tents all adding to the plastic pollution problem.

In 2016, it was estimated that it cost Glastonbury £780,000 to dispose of all the rubbish after the festival, the vast majority coming from the campsite

It’s rather ironic that in 2018, when David Attenborough and the so-called Blue Planet effect drew attention to a global plastic-waste emergency, inspiring the national conscience to wage war on single-use plastics, that the single-use plastic tent somehow slipped the net.

And, of course, there is a financial element to all of this. In 2016, it was estimated that it cost Glastonbury £780,000 to dispose of all the rubbish after the festival, the vast majority coming from the campsite.

So, what can be done in 2019?
The development of compostable tent materials. There are currently several forms on the market. This may work as a short-term solution, but the term “compostable tent” tends to perpetuate the idea of single-use and disposability when we need to move towards reuse.

Glamping is likely to continue to grow with pre-erected tents eliminating a proportion of tent waste.

Schemes that have been successful are those that focus on green camping and behaviour change, such as Love Your Tent and Respect schemes at the Isle of Wight Festival, Eco-Camp at Download and Clean Out Loud at Roskilde. In each case, creating clean campsites and no tent waste. It is only surprising that this approach hasn’t gathered more momentum.

It’s my belief that festival organisers with tent-waste problems need to take a serious look at long-term strategies to change festival camping behaviour. Festivals need to introduce green camping as an option and those that already do should focus on expanding their green campsites. Green camping can incorporate much of what the festival audience is looking for in terms of a great camping experience in return for a commitment to change their behaviour.

I started with the question “How long does it take for a tent sent to landfill to decompose? This is the wrong question.

It should be: “How long will it take for festival campsites to become tent-waste free?”