Why do festival organisers keep getting it wrong? 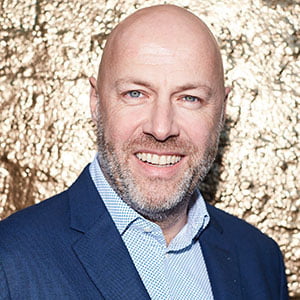 Being hailed as “Fyre Festival 2.0”, another festival fell victim to its lack of preparation late last month. Excessive queues, poor sound system and sub-par quality food plagued Australia’s Wine Machine festival throughout the day, and to top it off, an electric thunderstorm plunged the event into chaos.

Of course, you can never control the weather, but festivals of this scale must be prepared with a contingency plan when the heavens open. So, why do organisers keep getting it wrong? And what should they be doing to mitigate such disasters?

Line machine
Throughout the day, the 11,000 attendees of Australia’s Wine Machine festival were left queuing for hours to be served food and drinks, earning the festival its unofficial name of ‘Line Machine’. In response to complaints about the long queue times, organisers blamed the severe licensing laws recently implemented in New South Wales that restricted people to only buying two drinks at a time. For the long food queues, organisers blamed the shortage of workers after two staff minibuses failed to arrive.

While the new licensing conditions placed upon the festival can’t be avoided, it should have been tackled in the initial planning strategy. Organisers need to understand what restrictions could hold them back and tackle these early on. Using such restrictions as a scapegoat for poor event planning is not acceptable and the organisers should have been prepared for 11,000 attendees wanting to drink at their festival, which was hosted at a winery.

Technology
Festivals are becoming more environmentally conscious; a welcome development as a large-scale event can cause great strain on the local environment. However, it should not be at the expense of the guests. Cashless technology is becoming more popular for organisers to speed up efficiency, reduce theft and understand attendee behaviour at events.

It must be noted that such technology needs to be properly installed, tested and ultimately offer a real benefit for the festivalgoers. Instead, attendees of Wine Machine were faced with a surcharge on all their card transactions and were not allowed to use a cash alternative.

It’s important that organisers walk before they can run, ensuring that new technology can increase the enjoyment for the attendees rather than cause problems.

Overpromising and underdelivering
Just like Fyre Festival, Wine Machine was unable to deliver on its promises. The promotions across social media for the festival, situated in a winery, promised “the best chardy [chardonnay] ever”, but revellers could not enjoy such claims due to the huge unavailability of Chardonnay at the festival. This is another case of overstated marketing to get people to attend the festival and consequently being unable to live up to the expectations.

Sometimes it’s better to maintain an element of surprise for the festival guests, something that leaves them feeling satisfied. Instead of this, organisers nowadays have a tendency to overpromise in order to sell out and then fail to match those promises.

Social media is a powerful tool to build awareness of an event and extremely effective when generating a conversation among your target audience. A drip-feed strategy that clearly informs festivalgoers about what to expect is the most effective route.

Safety measures
When organising any event, no matter how big or small, safety is the number-one priority for organisers. In the case of Wine Machine, when the weather turned for the worst, there was no clear strategy for evacuating the guests and this caused chaos. Festival attendees were forced into the roads after being prevented from finding shelter inside the winery, with some hiding in disabled toilets to escape the weather.

It’s important that organisers walk before they can run, ensuring that new technology can increase the enjoyment for the attendees rather than cause problems

Furthermore, many guests complained about the treatment they received from security staff during the evacuation, with some citing the aggressive nature from the staff.

It’s important to always be prepared for an evacuation and while it’s no easy feat to move 11,000 people in the pouring rain, it’s not an uncommon occurrence. There needs to be clear instructions for everyone to understand what is going on and where they should go, with accessible transport to take them to a safe place.

Constant communication on social media and throughout the festival – making use of the speakers available – will ensure that the feeling of confusion among attendees is drastically reduced. A calm evacuation is vital for a successful evacuation.

The Fyre Festival documentary brought to life the disastrous consequences of poor organisation and execution, and event organisers are now under more pressure than ever before to make sure that they provide their attendees with the best possible experience. Social media has exposed some of the festival failures and left planners with no place to hide.

Always be prepared for every eventuality, ensuring that you have control of everything you can to give you the capacity to react effectively to what you cannot control. Have a back-up plan, provide clear instructions at every stage and have high-quality safety procedures in place. Take care to deliver on your promises to ensure that your attendees have the most enjoyable time and are not left feeling disappointed.

If these simple processes are followed and executed well, there should be no excuse for a poor festival experience.

Richard Dodgson is founder and creative director of Timebased Events.