The show must go on… 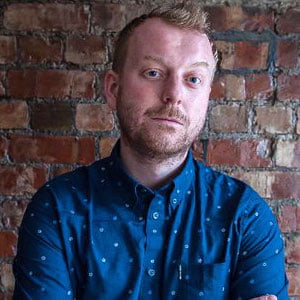 In Bohemian Rhapsody, the recent Queen biopic, we see Live Aid broadcast to 1.9 billion people. A moment in music history where the combined forces of music and events came together to try to change the world.

Fast-forward 30 years, and the power of music and events to bring people together and change their perspectives remains, and is at the heart of Energy Revolution, a charity set up by a collection of industry professionals with first-hand knowledge of running large-scale events in rural locations.

It started in 2015, when industry think tank Powerful Thinking laid out the environmental impacts of the UK festival industry and presented them at the COP21 climate change talks in Paris. The report was called the Show Must Go On (also, incidentally, the final track on Queen’s 1991 album Innuendo) and was a festival industry response to climate change, the current global issue facing the planet, and one that we all need to address in our lifetimes. The report showed that up to 80% of the average festival’s carbon footprint came from audience travel, which is where Energy Revolution’s mission was born.

There is no quick fix to the problem of climate change. Positive change must come from both practical action and perceptual shifts. Earlier this year, a single episode of the BBC’s Blue Planet caused a shift in perception so drastic that social media feeds are still brimming with ways to avoid single-use plastic. What an epic sign that change can come quickly when the message is clear and powerful.

Energy Revolution works with over 40 UK festivals, their audiences, suppliers, and artists, to help them understand the practical impacts of their travel choices. We help event organisers engage audiences and encourage them to consider more sustainable travel methods – and people are more engaged than ever.

In the words of Freddie, “the show must go on” – and for that to happen, we need to have a healthy planet for the show to be on

But let’s be honest: most festivals happen in fields or remote locations, and there is little chance that touring headline artists will fit their show production into the boot of a Tesla. In accepting this reality, Energy Revolution calculates impacts from travel by measuring and recording fossil fuel miles, calculating the associated CO2, and then balancing unavoidable emissions via donations that we then invest in projects that create clean renewable energy.

One hundred percent of all donations go to the projects, which have so far included reforestation, wind turbines, and community-owned solar and wind projects. So far, Energy Revolution has balanced over 7.8 million average car miles, that’s the equivalent of 2.5 million kg CO2e. It’s a bold start, but the real power in the project is the framework we’ve created that means all events, venues, gig-goers, crew, and artists can educate themselves on the true impacts of travel emissions, and actively balance that impact in a direct, practical and positive way.

Times change: Bohemian Rhapsody shows Bob Geldof expressing the plight of the African continent and rallying for £1 million (£2.2m in today’s climate). That’s around what one artist of equivalent stature might get for a single show today, and in the region of what Glastonbury donates each year to charity. Charity is also at a point where the perception change required is one that drops ‘Do They Know it’s Christmas?’ from its vocabulary, and instead empowers the communities they help.

Today, the greatest threat to humanity is climate change. We need to utilise the power of music and events to change perceptions and encourage practical action. We have reach through our audiences. Just as our industry has developed standards in health and safety, disability access and hearing protection, we also need to have sustainability on the tips of our tongues.

Kendal Calling, Boomtown, Download, Reading, Shambala, Bluedot are already on board, and I implore anyone reading this to get on-board, too, and to help spread the word. In the words of Freddie, “the show must go on” – and for that to happen, we need to have a healthy planet for the show to be on.