Helping others through music

UTA's Neil Warnock MBE, chair of fundraising for Nordoff Robbins, writes for IQ about the development of the charity and its work over the decades 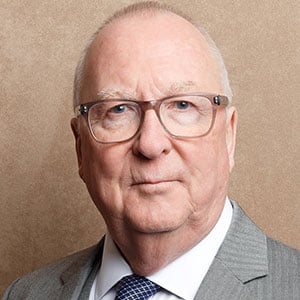 Back in the mid-70s Clive Robbins and Paul Nordoff had run out of funding for their early music therapy work. Somehow, they ended up in London and were introduced to Andrew Miller, a successful concert promoter, and William Robertson, of Robertson-Taylor, which became the biggest insurance broker operating in the music industry. At that time, I was doing business with Andrew and it was he who originally said to me, “we should do a couple of fundraisers for these guys.”

Back then, the main recipient of charity donations was the WWF or PDSA, neither of which struck a chord with us Young Turks for various reasons. Nordoff Robbins linked together music with therapy, and in those early chaotic days, everything was begged, borrowed and stolen to generate early momentum for the organisation. 1976 saw the first Silver Clef lunch at the Inn on the Park in Park Lane (now called the Four Seasons Park Lane) in London, with the Who as the first recipients of the Silver Clef. I haven’t missed a lunch since 1976!

Dave Dee persuaded me to join in a more formal way over a long lunch that went into dinner – which we later turned into a frequent meeting, often joined by Willie Robertson. Those were crazy days.

In 1982 the very first Nordoff Robbins Centre opened in north London, housing a music therapy service and training facility under Sybil Beresford-Peirse. Then, in 1990, we put on a show at Knebworth with performances from Paul McCartney, Genesis, Eric Clapton, Pink Floyd, Elton John, Robert Plant and Jimmy Page, which raised £6 million – shared between Nordoff Robbins and the Brit Trust.

Over £3m of that built our centre in Kentish Town in north London, which has now been totally refurbished and is a splendid building servicing our clients with working rooms for therapists, libraries and offices for all our support staff and leadership teams.

Since those early days, I’ve witnessed first-hand how Nordoff Robbins’ music therapy creates change, using music to create meaningful connections with young people who are struggling with personal difficulties, right the way through to the elderly, such as those suffering from dementia. We have therapists all over the UK in specialist schools, hospitals and old people’s homes, as well as a brand-new centre in Newcastle and the Andrew Lloyd Webber Foundation Nordoff Robbins therapy unit attached to the Brit School in Croydon, just outside London.

Everyone leaves their ego, dramas and difficulties outside the door to support this amazing charity

Recently, we amalgamated with our colleagues in Scotland to enhance our offering throughout the UK. We even have Nordoff Robbins therapists at the Royal Albert Hall, thanks to their generosity in providing us with rooms to use at the venue.

I am always so proud when I go to the graduation ceremonies. At the latest, there were thirteen graduates who had attained their master’s in Nordoff Robbins accreditations at City University, and we now have PhD graduates, which makes us extremely proud. Currently, we are financially in a position to employ the vast majority of graduates and send them out to work across the country.

Our Get Loud campaign (which enables fans to see their favourite artists close up at some of the most iconic and intimate venues) is designed to raise awareness throughout the UK of the work Nordoff Robbins does. Nordoff Robbins might be a clunky name, but we are the leaders in music therapy and our ultimate aim is that Get Loud will become our own version of Red Nose Day.

We are fortunate that the whole of the UK music business is involved with Nordoff Robbins – including so many people at the top of their game, from the major agencies, management companies, record labels, publicists, publishers and artists – along with sports personalities and executives in the fields of football, rugby, boxing, golf and horse racing. Everyone leaves their ego, dramas and difficulties outside the door to support this amazing charity.

There is such a need for Nordoff Robbins that, in a strange way, it feels as if the work is just starting. The next generation of fundraisers are in the wings to take over. I just feel so blessed that I can play a part in enhancing the positive change and the incredible work that every one of our therapists brings to the community at large.