ILMC 31: Artists: The view from the stage

The ILMC artists' panel returned, offering a musician's-eye view on everything from mental health to the proper filling for sandwiches 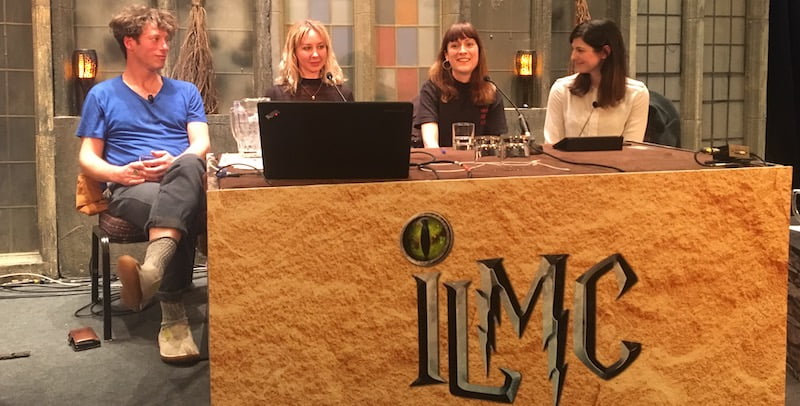 “What makes a good promoter or venue?” was the million-dollar question that opened the panel which focussed on the artist experience of the live industry, as the audience shifted around nervously in their seats.

Lyla Foy, who’s been a musician for a decade and released her debut album in 2012, said she’s found that she prefers working with smaller promoters, because there’s an attention to detail that can get missed with the larger promoters – “things such as someone knowing I like hummus rather than ham, which I didn’t ask for,” she said. “With bigger promoters sometimes the rep doesn’t even know your name. The personal touch is so important for artists.”

Sarah Howells, who performs as Bryde, said some venues should be more careful about paying attention to the atmosphere that’s created. For example, making sure the venue is warm enough, creating a nice atmosphere for the performer and the audience by thinking about whether to use seating or not – and where to place it; make sure the lighting is appropriate.

The panel agreed that there’s a need for more funding for musicians – especially as the standard support fee in the UK, of £50, hasn’t changed in years despite inflation.

One important issue for Sam Lee, who as well as being a folk musician runs medium-sized UK promoter The Nest Collective, was the fact that big artists suck up so much of a festival budget, it can be hard to pay the artists properly lower on the bill: “A question needs to be asked of big artists about the impact of their fees on lower order artists.”

The panel agreed that in some cases their PRS income was larger than the festival fee itself – but that it can take two or three years to receive that income, which is very bad for cashflow.

As discussion turned to maintaining good mental health, the panel agreed on a number of tips. De Bastion explained that as a peer-run group, the Featured Artists Collective was a good source of support because the people involved understand the world of touring.

Howells said it’s important for the industry to help manage artist expectations. “It’s useful for us to know what’s normal and what others have done before you, and what to expect in terms of audience numbers.

“Coming to a venue and being offered a drink would be nice, too,” she laughed.

“Be kind to one another. Think of the little things. Offer kind words when feel stressed,” concluded de Bastion.