Women drove the majority of traffic on the first day of ticket sales for BTS, Taylor Swift, Ed Sheeran and Drake's world tours 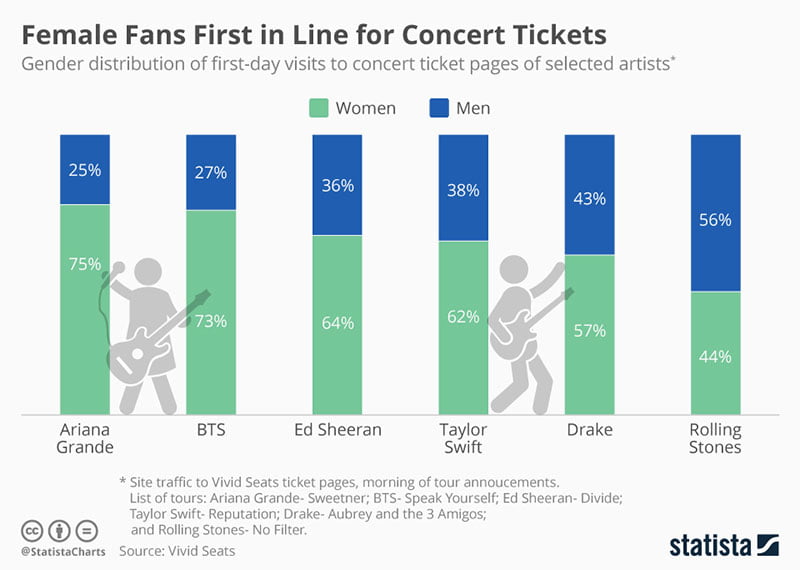