Brexit Britain must remain a welcoming home for music

With contributions from member artists, Lucie Caswell, CEO of the UK's Featured Artists Coalition, comments on the international problems Brexit has stored up for live 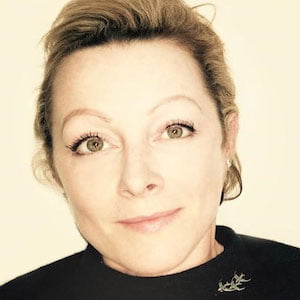 We are used to smoke and mirrors in this business, but live exemplifies the fog of dread that Brexit has draped over us.

That dread is shared equally between those emerging onto the live scene and established artists like Jeremy Pritchard (Everything Everything) and Sam Lee. Westminster would rather navel gaze than look ahead at the moment, enjoying theatrical heckling more than problem solving.

This isn’t entertaining for anyone watching – anyone who will be worse off than before Brexit was launched at our economy, and any sense of international pride. No one voted for this.

The live industry manifests our country’s funk and some daunting prospects ahead. Despite nationalist rhetoric, we seem to have forgotten our national scenes. The arts have been systemically de-validated politically, venues are squeezed out for ‘luxury’ apartments and our gigging economy is “ranked as one of the lowest paying in Europe”, according to Sam Lee.

Both artist and programmer, Sam says that our international trouble has already started. Over the past few years, red tape has been making life difficult for programmers of culturally rich festivals. Cultural growth is a process of absorption and evolution; a sharing, exploring, experimental journey that finds a voice and soundtracks a period in time. Barriers to touring will become “a tourniquet, depriving UK citizens of the opportunity to experience non-British music with enriching ethnic diversity,” says Sam.

There is, says Jeremy Pritchard, “a disheartening sense of isolationism”

This diversity is the frame of reference we use to express ourselves musically. We are really good at it, too.

Barriers to others will weaken our negotiating hand if we need visa dispensations in future. Politicians are first to hawk the cultural superiority of ‘brand UK’: our global supremacy in producing cultural leaders. If the best of the world isn’t welcome and our talent can’t grow with them, then these words could become echoes of history. There is, says Jeremy, “a disheartening sense of isolationism.”

Roxanne de Bastion is looking through the lens shared by the great swath of artists who rely on touring. Live is their “bread and butter”, she says; a means to pursue a craft, validation, fans – and food on the table. Restricting movement could put all of those “out of reach”, says fellow artist, Eckoes.

Music presents an opportunity to generate revenues, influence and resonance beyond borders. We have £4.5 billion reasons to be cheerful about music’s economic might. For music’s future, however, it needs a supportive, respectful and welcoming home.