The secondary ticketing platform the industry loves to hate talks entry restrictions, holdbacks and the future of ticket resale 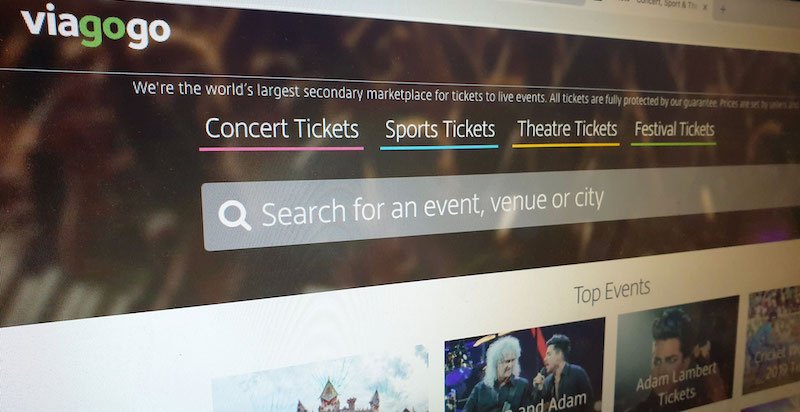 The notoriously reclusive secondary ticketing platform – which weathered a parliamentary no-show, multiple lawsuits in Europe and Australasia, Google’s AdWords overhaul, a raid on its UK offices and a criminal complaint from Uefa, among other controversies, while steadfastly avoiding any contact with journalists – had resumed communications with members of the press, and even set up a Twitter account, @viagogopress, for that exact purpose. The perfect time, then, for an interview – after all, a lot has happened since Viagogo’s PR channels went dark sometime in mid-2010s…

While IQ was informed on a number of occasions that Viagogo does “not have a spokesperson available at the moment” for interview, a representative of the company did agree to field a series of email questions. While many of that spokesperson’s answers fell back on the tried and tested ‘Viagogo is a marketplace; we don’t sell tickets’ school of thought, the Q&A did unearth several interesting soundbites, mainly relating to where company sees itself in the larger live music ecosystem.

Viagogo’s responses, lightly edited for clarity and to remove repetition, are as follows…

IQ: What do you make of promoters who say tickets resold on your platform are not valid for entry to their events?
Viagogo: All tickets on Viagogo are valid, and it is perfectly legal to resell a ticket or give it to someone else if you want to. The tickets sold on Viagogo’s platform are genuine tickets that have been sold on by the original ticket purchaser in good faith.

Event organisers sometimes make claims that they will deny entry to people who have purchased resold tickets. These types of entry restrictions are highly unfair and in our view, unenforceable and illegal.

How about court orders, such as those relating to Rammstein and Ed Sheeran in Germany, that forbid Viagogo users from reselling tickets?
Denying entry to people who have either been given a ticket, or have purchased one legally and in good faith, is highly unfair and in our view, unenforceable and illegal.

Do you agree with StubHub and ticket brokers’ associations, such as the Fair Ticketing Alliance, that more transparency is needed in the primary market? Is the secondary sector unfairly singled out?
Through the primary market, many tickets are first allocated to corporate sponsors, advertisers, VIP seat holders and other well-connected individuals before they are ever made available at the box office to the general public.

It is their responsibility to manage who is buying their tickets.

Similarly, do you feel Viagogo is unfairly victimised by the press, whereas other companies are given a comparatively easier ride?
Viagogo’s mission is rarely published, which is that it was designed to provide a secure platform for people to buy and sell event, cultural and concert tickets that would otherwise not be accessible because of the limited number of tickets that event organisers release to the general public.

In providing access to buying and selling of tickets on a secure online platform, Viagogo has significantly reduced the ticket fraud that formerly existed outside of venues or on the black market. Millions of customers use Viagogo every year and come back again and again to buy and sell tickets.

Does self-regulation in the ticketing sector work, or do you accept the need for the involvement of regulators to advocate for consumers and creators?
Viagogo remains committed to providing buyers and sellers with an efficient, safe, and transparent platform that makes it possible for them to exercise their rights to buy and sell tickets. Viagogo complies with all laws to which it is subject around the world. [This is a matter of debate: the UK’s Consumer and Markets Authority has “serious concerns” as to whether Viagogo is compliant with its recent court order.]

Where do you see the secondary ticketing market in, say, 2025? Will fans still be able to resell tickets outside of promoter-approved platforms, or do you think we’re coming to the end of an era in that respect?
It was perfectly legal to resell a ticket yesterday, it is perfectly legal today and, in our view, it will be tomorrow.

Our mission is to provide a secure platform for people to buy and sell tickets, and in doing so significantly reduce the ticket fraud that formerly existed outside of venues or on the black market.