Home and away: The expanding Italian music market 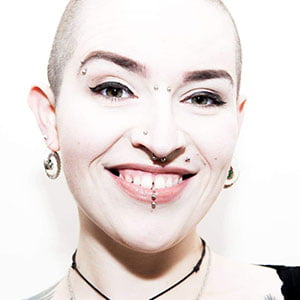 When discussing the Italian music market, the thought that many in the industry have is how tough and different from many others it is, and for good reason. The live industry is often based on album sales, and when you can’t see your artist charting on the top 20, you start to wonder whether it is even worth having said artist tour that country.

When it comes to music, Italy tends to be nationalistic. Check out the music charts and you’ll see that 70% to 80% of the top 20 is made up of Italian artists. However, sales often don’t reflect what’s happening underground, and how much more international younger generations have become.

The live music industry in Italy has been through some hard times in the past 15 years, with the ever-increasing cost of tickets combined with austerity policies. This has undoubtedly led to foreign agents and management avoiding bringing tours to Italy, thereby amplifying the nationalistic nature of the Italian market. I remember when I was younger hearing Italians complain that they never got to see their favourite bands because they never came to Italy.

Nonetheless, we have recently noticed a change in the scene and a surge in the live music market. For example, over the last ten years, Home Festival has developed from a small Italian-only festival, to the latest edition, which attracted over 85,000 attendees, the majority of which were aged between 18–24 (27%) and 25–34 (40%), and who mostly attended the festival to see international bands.

But that’s not the only thing that has been changing. What I have noticed over the past few years is how the Italian music industry has become much less insular and way more international. For years, Italian artists were toured outside of Italy mostly for the benefit of Italian expats (large numbers of which had relocated to the UK and Germany) but thanks to globalisation and the Italian market finally opening its doors to more international music, we are now seeing a whole new generation of Italian artists that are creating music that appeals to a broader market, whilst still remaining faithful to their roots and maintaining their Italian identity.

Bringing Italian artists to other regions, and to the UK in particular, is far from an easy task, but for the right artist, given they play the right territories and work with a suitable agent and promoters, touring outside of Italy can significantly boost their career. I can’t stress enough how important getting the right team behind an artist is: they need the right PR, the right venue, the right crowd, and only someone with experience of each specific territory can provide that.

The British music scene is alive and kicking, with so much new talent popping up every day, and so much local competition that it can be hard to compete and gain a foothold if coming from the outside. However, this shouldn’t be seen as an impediment, but a reason to fight harder.

The Italian market is slowly opening its doors to more international music but it is still Italian-centric. You just have to turn on the radio and go through the stations to hear that the majority of the music transmitted is sung in Italian, and that much of that Italian music is made up of cantautoriale ballads. Radio stations in Italy still don’t give enough airtime for anything new or different, and often the only way to make a dent and be recognised as a talented artist is to chance your luck overseas, and return home if and when success has been achieved.

Whereas promoters and venues in the UK are more likely to provide performance space for acts from all over the world. We have seen many sold-out shows for acts that are pretty much unknown, with an audience that is predominantly made up of punters who are just curious and happy to discover something new, as well as support their local music scene.

Italy has some incredible local artists and bands that deserve to be shared with the rest of the world. Current hot acts include Joan Thiele, Sem&Stènn, Dardust and C’mon Tigre, all of whom have earned well-deserved international interest and praise. Likewise, there are a huge number of Italians that are hungry for international music.

There is nothing better than seeing a music scene expand and thrive.