Exhibition, set to open at the Westfield London shopping centre at the end of this year, forms part of a string of new UK properties planned by Broadwick Venues 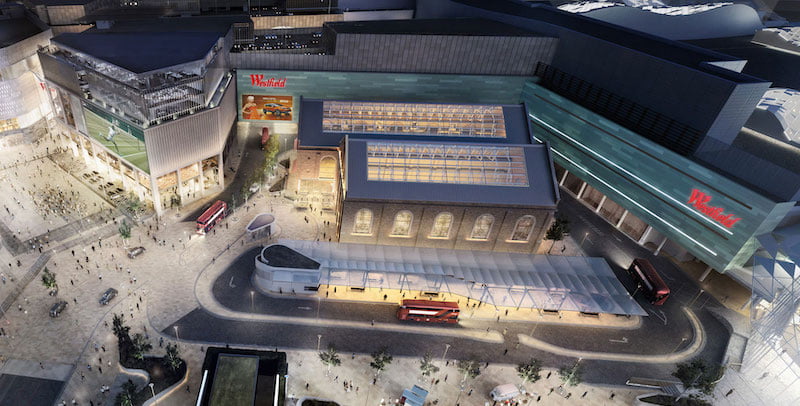 Exhibition is set to open in late 2019

Scheduled to open at the end of 2019, Exhibition London – named after its proximity to the site of the Franco-British Exhibition of 1908 – will repurpose the grade II-listed Dimco East building, a Victorian structure originally built as an electricity generating station for the London Underground, as a 3,000-capacity events venue.

Conceived by Broadwick Venues – also owner/operator of the Printworks venue in Canada Water – the 34,000sqft venue is “primed to host high-profile live music events, brand experiences, product launches, exhibitions, conferences, award ceremonies and community events”, according to Broadwick, which says Exhibition forms part of a string of new venues planned across the UK.

Bradley Thompson, MD of Broadwick Live and Venues, says: “Exhibition represents an important moment in the evolution of Westfield London, creating a unique entertainment hub and enhancing the area’s cultural kudos. It will attract and serve not only the local community, but the ever-increasing number of people who rightly view White City [north of Shepherd’s Bush] as one of the most exciting growth places in the capital. The location is perfect and the building itself is incredible.

“The location is perfect and the building itself is incredible”

“We are committed to respecting its past and investing in its future, offering fantastic, contemporary experiences against a stunning Victorian backdrop.”

Michel Dessolain, COO, Europe, for Unibail-Rodamco-Westfield, which operates the shopping centre, adds: “Unibail-Rodamco-Westfield creates unique and innovative destinations globally where our customers can shop, dine, be entertained and connect. Our partnership with Broadwick Venues, one of the biggest players in the events industry in the UK, and through the support of London Borough of Hammersmith and Fulham, will deliver an amazing new entertainment experience and will be a leading new events venue in London.”

Work begins on Exhibition – located less than half a mile away from the long-running 2,000-cap. Shepherd’s Bush Empire venue, operated by Academy Music Group – ahead of its opening later this year.

Vibration Group, Broadwick’s partner on Printworks, has announced plans for its own 3,000-cap. venue on the Greenwich peninsula, Magazine, close to the O2 – while Madison Square Garden is plotting an arena in the vicinity of London’s other Westfield, in Stratford.