Diversity consultant and executive coach, Claire Singers, reviews what progress is being made with improving diversity in the live entertainment industry 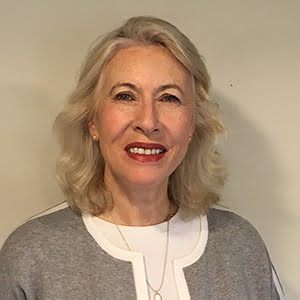 A black, female student recently asked me: “Why, is the leadership of the music industry so white and male yet the artists are a mix of women and men, often from ethnic backgrounds?”

It was such a simple and direct question, and went to the heart of the diversity problem that exists in the live music industry. My brain whirled through the usual pat explanations for this, and then the utter ridiculousness of the situation hit me… Why in this 21st century creative industry have we allowed power to remain in the hands of old white men? How much longer will this lack of diversity amongst the leaders of music industry companies be tolerated?

I firmly believe, not for much longer, equal opportunities are a human right and everyone has a part to play in using their voice to demand it and create a dynamic industry that truly reflects the public it serves. Legislation will be the main driver of this change, especially if, in the near future, the threshold for reporting on the gender pay gap is reduced to 100 employees.

Last April, the systemic inequality in the music industry and many others was laid bare by new gender pay gap legislation. All companies in the UK with over 250 employees had to report their gender pay gap figures, not by choice, but mandated by legislation passed by prime minster Theresa May. The music industry, long used to playing by its own rules, did not come out of this looking good. The overwhelming trend was for double-digit pay gaps between men and women, and when it came to bonus data, double-digit chasms were reported. The music majors reported the following data: Universal 29.8%, Sony 22.7%, Warner an eye-watering 49%, AEG 43%, and Live Nation 46%. Many companies were quick to release statements to explain these startling figures, and a recurring theme in those explanations was that the number of men in top earning positions had skewed the figures.

Whilst filing their dire pay gap figures last April, companies also submitted reports setting out their commitment to a gender equal and diverse music industry, and laying out policies that they would implement to create this.

In April 2019, companies with over 250 employees will have to repeat the exercise, revealing pay gap figures filed last April – so while it may be the case that the gap won’t have significantly reduced in such a short period of time, the focus should be on monitoring and assessing progress with these policies, rather than obsessing about the numbers. Disappointingly, none of the companies committed to setting a target for diversity or mentioned linking progress to leaders’ bonuses.

Why in this 21st century creative industry have we allowed power to remain in the hands of old white men?

Keychange has led the way creating 50/50 male/female line-ups for festivals but no such quotas exist for women working “backstage.” The barriers for women to flourish as agents and promoters are many, not least the bloke-y, boys’- club culture, and the myth that it’s a 24/7 lifestyle and “not suitable for women.”

One female agent was told she was “too nice to be successful,” a promoter was heard saying “why would women want to be promoters, hanging around shitty venues,” a female manager was call a ‘c..nt’ by an agent, a female promoter told me she felt guilty about having to play “the boys’ game and take part in their sexist banter.”

Women are every bit as capable as men of becoming managers, agents and promoters. I hope and expect that the new school of leadership will resist aping the behaviour of the baby boomer predecessors and create a modern industry open to all, which is also family friendly.

The key policy that will open up the music industry to diverse groups is flexible working for all. In the UK, there are thousands of companies, and the number is growing rapidly, that already offer all employees some form of flexibility, enabling staff to create a work/life balance. The current common practice in the music industry of leaving flex-working decisions to individual line managers is inept and iniquitous.

Accountability in senior staff’s annual appraisals is another game changer. They should be asked: what have you done this year to progress the careers of BAME staff, women, LGBT, and people with disabilities? Are we recruiting the best person for the team? Who are you mentoring?

Incidentally, my response to the black female student that questioned the lack of diversity in the music business was“come and join the industry, and be part of making the change.”