Visas, festivals and the trouble with Brexit

Damon Culbert, political writer for the Immigration Advice Service, outlines the potential troubles Brexit has in store for the live industry 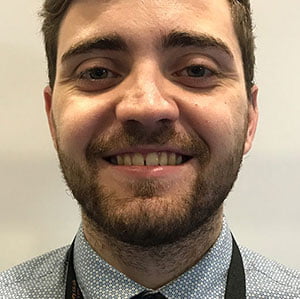 A recent report by the Confederation of British Industry (CBI) has shown that the UK’s creative industries could face serious troubles immediately after Brexit if no deal is reached, or even if the government maintains the current visa system as it is. From individual acts on European tours to massive events like Glastonbury, losing the freedom of labour that the UK enjoys will make these projects difficult in the future.

The system isn’t working…
If the current visa system is maintained, foreign workers in the music industry will face convoluted, drawn-out visa applications, or being shut out entirely, as their jobs don’t qualify for the Tier 2 work visa. With the visa cap for working visas being reached every month this year, minimum salaries for non-EEA workers have reached £40–50,000 (€46–57k), meaning anything below this is ignored and the position goes empty.

The CBI report identifies the great contributions Europeans make to the music industry, noting that 10% of those in UK music have a European passport. As a key player in the global music industry, Britain also plays host to many EU managers who use the country as a base to manage international artists. To lose this ease of free movement with the continent could result in big names shunning the UK in favour of other countries on the continent.

The CBI report states that self-employed workers account for 70% of the music industry. Since the Tier 2 work visa route requires all applicants to be sponsored by a UK sponsor, this 70% could be at risk, and any further EU migrants may lose this opportunity entirely in the future. This would mean a much less diverse workforce, losing out on skills from the European market that many Brits do not have, such as second-language skills needed to break into the international market.

Mixed feeling on festivals…
For festivals, there is varied opinion. Adding visas and carnets to the cost of each performer could mean costs trickle down to the ticket buyers, which could see crowds drop in numbers. Festivals like Glastonbury could be struck at the source, as the festival has a turnover of £37 million but a profit of just £86,000 – or 50p a ticket.

A lack of access to casual labour, which the EU provides, may also leave us short in everything from security to bar staff. While Europeans are not being asked to leave at the stroke of midnight on Brexit day next March, those here on a temporary basis are unlikely to want to spend the money and effort to sign up to the government’s EU settlement scheme.

Some 823,000 Europeans visited the UK as music festival tourists last year. When compared with just 135,000 tickets available at Glastonbury each year, this could be quite a deficit to make up should Europeans choose not to make the journey in the future. Therefore, the government should keep the British festival industry (which contributes up to £4.4 billion to the UK economy each year) in mind when they are agreeing our future trade and mobility deals with the EU.

Touring troubles…
Tour carnets – documents required for all musicians touring on a visa – are needed to report all equipment entering and leaving, which could mean that smaller UK groups avoid touring in Europe altogether. Bigger names could still extend this price hike to their fans, which could affect the industry’s public image as a top authority worldwide.

While at present government hopes are that the UK and EU will have reciprocal ‘visa-less’ travel after Brexit, this would only cover certain ‘business activities’, and European artists may still need to enter on a Tier 5 temporary work visa, which also requires sponsorship, making it far more complicated for each musician to enter. A separate touring visa has been suggested that could provide a lifeline for EU bands trying to break out in the UK.

Artists from anywhere touring in Europe will also be required to pay extra for further carnets to enter the UK, meaning that artists may consider not entering the UK or touring for fewer dates to keep costs down. Smaller bands who already tour on a shoestring will be most affected, which will in turn affect the venues that support them.

Considering our music exports make up a quarter of the market in Europe, the bloc has a lot to lose from our exit without the right kind of deal, but time is running out. If the government listens to the advice of the CBI, the music industry could insure itself against a complete Brexit catastrophe. Or, the indomitable strength of British music culture may thrive no matter what happens. Only time will tell, as Europe decides what it’s going to do with us, and its citizens mull over whether they’re willing to stay in the UK.