Africa: the power of music 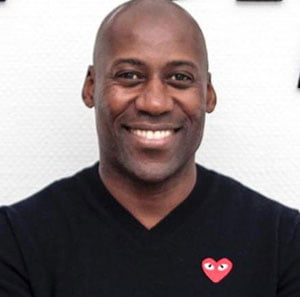 I’ve been watching the African music scene very closely for many years – not because my family’s from Tanzania or because I think African artists need my help, I do it because the music market that’s developing over there has enormous potential for growth.

Africa’s sounds have long been audible on every continent – as sources of inspiration, in samples, and through collaborations. Now the artists themselves are making the leap so that they can take Europe and the rest of the world by storm with their songs.

The African music industry also offers incredible economic opportunities. It’s a source market for selling African music in Germany, Europe and the world, and a target market where increasing digitalisation, new business models like streaming, and an ever-expanding middle class, promise additional potential for sales. What’s more, as the home market of African artists, Africa is extremely attractive to African audiences. A healthy, vibrant domestic market is ultimately still the best environment for helping the stars of tomorrow to grow.

One of the most important factors for developing young talent in Africa (as elsewhere) is the live music scene. Especially at the start of their career, artists have to be able to try things out and play in front of audiences so that they can grow creatively. Unfortunately, the infrastructure needed for this, like venues and a solid network of promoters, can’t always keep up with the speed at which the industry is developing. That’s why Universal Music itself is increasingly getting involved in the concert and festival scene in countries like South Africa. It’s also now behind 11 live music venues in West African countries including Senegal, Cameroon, and Ivory Coast.

As the world leader in music-based entertainment, it’s in our own interests to actively further our artists’ home markets. Incidentally, my colleagues are doing this so successfully that many artists who aren’t part of the Universal Music world choose to collaborate with us for live shows. In South Africa alone, we booked over 600 artists for shows in 2017, and we’re on track to exceed that figure this year. It’s therefore no coincidence that U Live – a division of Universal Music South Africa – is the booking agent for The Voice of South Africa. U Live Africa also produces live concerts and festivals in Nigeria. These include Runway Jazz, Cocktails & Wine, and the first Nigerian concert by US music project Major Lazer.

Creative products like music are some of the most valuable and definitely the most sustainable resources that countries in Africa possess. We help our artists and local partners to develop and harness their own creative and economic power. We expand their reach and help them tap into their transcontinental potential. Above all, we work with our artists as equals because the success they have achieved in their home markets rightly makes them self-assured professionals who are secure in their own careers.

Concerts and festivals are the best places for us to see how much traction an artist has with the audience. In a way, it’s like we can watch new trends being born. We’re really excited to see the momentum that genres like hip-hop, gqom (a relatively new hit genre from Durban), and house have gained. Things are pretty much the same in the pop world. Africa might well be made up of many different countries that each have different traditions and music, but just like any other continent, stars come along who are universally awesome and work just as well in Cape Town as they do in Nairobi or Berlin. That’s the level we’re looking for, and we keep on finding it.

“Stars like Vanessa Mdee from Tanzania, and Mafikizolo and Nasty C from South Africa, are the new heroes of the continent”

International artists are also helping to develop Africa’s music industry. South Africa, for instance, has long been home to an excellent promoter scene, that in turn attracts other players.

Tanzania will be the fastest growing media and entertainment market in the world up to 2021. South Africa’s music market is expected to see constant growth in excess of 5% over the coming years. And Nigeria, which ranks number two in Africa, should even see ongoing double-digit growth. As well as making the eyes of dedicated A&R managers light up, that’s also music to accountants’ ears.

Yet music can do so much more than just business. African stars are creating a new face for their continent and changing the way people see it. The image of a place ravaged by famine and violence is being replaced by one of a continent filled with opportunities and looking to a prosperous future.

Stars like Vanessa Mdee from Tanzania, and Mafikizolo and Nasty C from South Africa, are the new heroes of the continent. Their power, their star appeal, and their presence, tell of a continent that wants more and is demanding a seat at the main table in the music industry. And for my colleagues in both Africa and Europe, it is a pleasure and an honour to support them on this journey.