Viagogo overhaul should be just the start of putting fans first 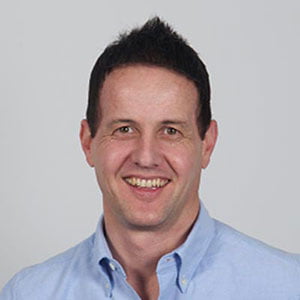 As a fan-first marketplace, StubHub is delighted that Viagogo has finally been forced to operate in line with industry standards and existing legislation.

Now, you might think it odd that we at StubHub are pleased that a competitor has finally been forced to improve itself.

Indeed, some companies might like it when their competition fails to adhere to industry standards, believing that it will ultimately drive consumers to themselves. But that is a narrow and self-defeating view.

True consumer-minded businesses know that unless everyone plays by the same rules, it actually undermines consumer confidence in the whole sector, which is good for no one.

For those who haven’t seen the news, I’m referring to the announcement on Tuesday 27 November that the UK Competition and Markets Authority (CMA) secured a court order which means Viagogo must overhaul the way it does business, marking the conclusion of legal proceedings initiated back in August over concerns that Viagogo was breaking consumer protection law.

Finally, a court has agreed to make a legally binding order instructing Viagogo to respect the law, and agree to the standards which the majority of the secondary ticketing sites have already signed up to.

But StubHub would like to see things go further.

Specifically, we would like to see greater transparency in the primary ticketing market so that fans have all the information they need on the availability of tickets.

The allocation and distribution of tickets on the primary market has traditionally been a closely held secret. Primary sellers typically do not tend to make every ticket to an event available. As we have seen in other countries, tickets are often held back for artists, venues, teams, sponsors, fan clubs and pre-sales.

There may be legitimate reasons for this, yet fans have little insight into how many tickets are actually available at onsale.

Indeed, according to a 2016 report by the New York state attorney general, an average of only 46% of tickets were made available to the public. The remaining 54% were held back. And for top shows, the average proportion of tickets that went on sale to the general public fell to 25%, and in some cases as low as 12%!

StubHub believes that this needs to change, and consumers think that, too – as was made clear by a Censuswide polling we conducted back in September that showed 67% of people surveyed agreed that event organisers or ticket issuers should be required to post online the proportion of tickets actually being made available to the general public.

Ultimately, this is about a level playing field for everyone.

We believe that consumers benefit if all ticketing operators embrace the same rules and standards.