Spain’s Doctor Music Festival has announced its first wave of artists for next year’s ‘reincarnation edition’, including several who will perform multiple times throughout the festival.

Both King Crimson and Underworld will perform three sets apiece, giving fans more than one opportunity to see headliners and “reduce the anxiety generated […] by the worry of missing any of the key concerts”, according to festival promoter Neo Sala.

Sala explains: “I do not want people to have the feeling that they will miss something – the famous FOMO [fear of missing out] effect that you get in those big events will be reduced at Doctor Music Festival.”

Other performers include the Strokes (who return to the road in 2019 after a two-year hiatus), Smashing Pumpkins, Greta Van Fleet, Primal Scream, the Prodigy, Sisters of Mercy and Eyellusion’s Frank Zappa hologram.

The full line-up for the festival – which takes place from 11 to 14 July 2019 at a 350-acre site in Escalarre, surrounded by the Catalan Pyrenees – will be announced early next year.

A poster showing the first wave of acts in full is below: 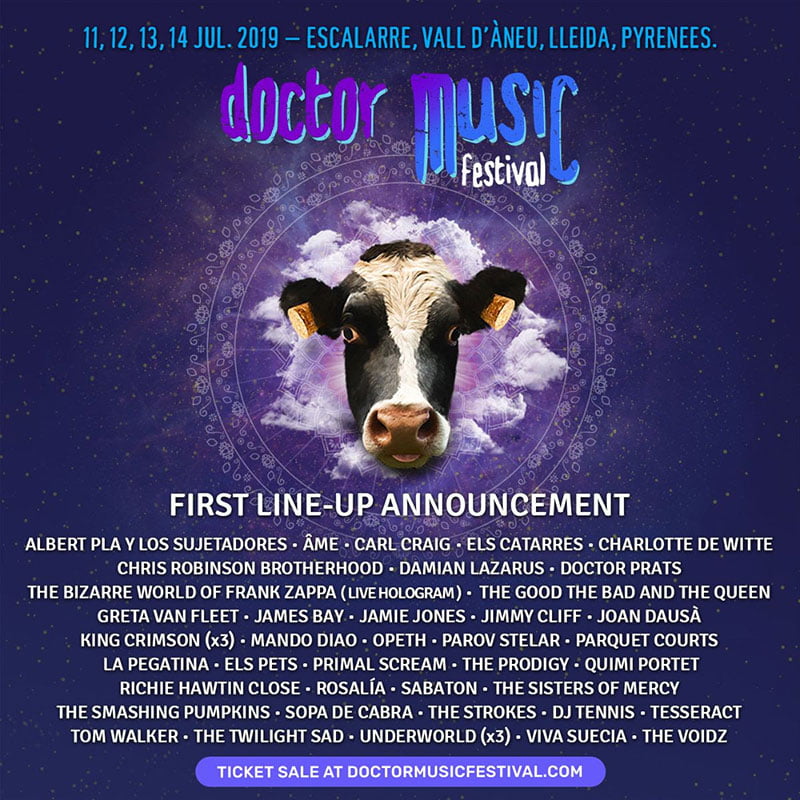