To mark 25 years of girl power, four of the five original Spice Girls will return to the stage in 2019, initially for six UK stadium dates 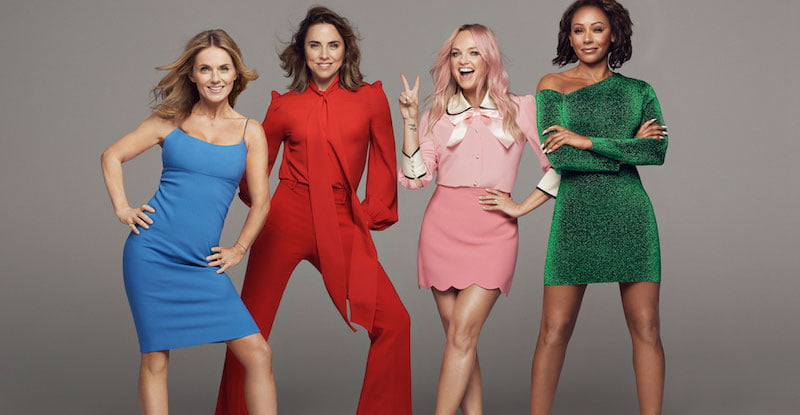 Seven years after the Spice Girls’ last live show, and 11 years after their 2007–2008 reunion tour, the world’s most successful girl group are hitting the road once again, today announcing six UK stadium shows in 2019.

“We are beyond excited to be reuniting next year for a stadium tour,” say the four in a joint statement. “Bringing girl power and our message of friendship and love back to the stage feels more relevant than ever. We hope everyone can join us for one big Spice Girls party.”

“Being in the Spice Girls was a hugely important part of my life, and I wish my girls so much love and fun as they go back on tour,” adds Beckham. “I know they will put on an amazing show, and the fantastic fans past and present are going to have a wonderful time.”

Formed in 1994 by Heart Management’s Bob and Chris Herbert, and signed to Simon Fuller’s 19 Entertainment, the Spice Girls’ breakthrough came with 1996 debut single, ‘Wannabe’, which topped the charts in 37 countries. Their first album, Spice, sold more than 31 million copies worldwide, and the band went on to become the biggest British pop success since the Beatles, selling more than 85m records globally.

They last toured in 2007 and 2008, with the Return of the Spice Girls tour grossing US$107.2m from ticket sales and merchandising, though they returned for a well-received one-off performance for the London 2012 Olympic Games closing ceremony.

Tickets for Spice World 2019 are on sale this Saturday (10 November) from Ticketmaster and SJM’s Gigs and Tours, with Twickets as the official resale partner.