The metal titans were honoured after their last show at the SSE Arena, along with promoter Andy Copping, agent John Jackson and managers Kristen Mulderig and Rick Sales 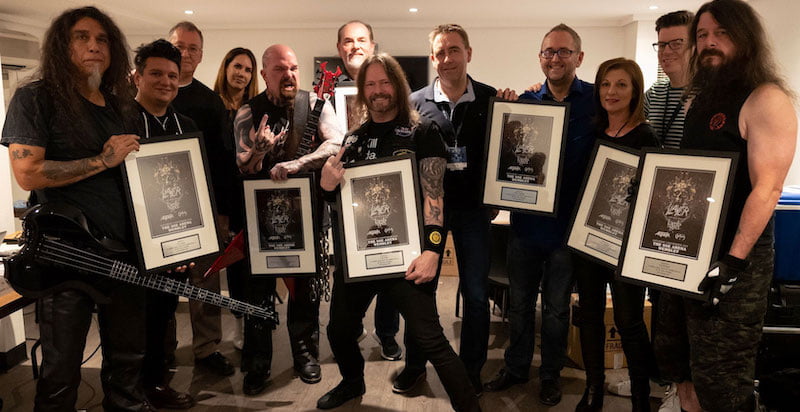 US thrash-metal legends Slayer, along with their management, agent and promoter, were presented with award frames by the SSE Arena Wembley following their last-ever show at the 12,500-cap. London venue.

The awards were handed out by arena GM John Drury and booking manager James Harrison following the sold-out 3 November concert, part of the band’s Farewell world tour. After support from Obituary, Anthrax and Lamb of God, the show kicked off with ‘Repentless’, accompanied by 10ft columns of fire erupting from the stage, and came to a close nearly an hour and a half later with an encore comprising ‘Raining Blood’ and ‘Angel of Death’.