Amid concerns over the introduction of visas for artists arriving from the Irish republic, IAS's Alice Williams argues for continued free movement after the UK's EU exit 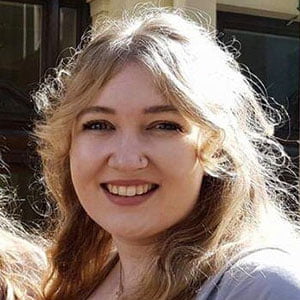 A letter from MP Alex Sobel that calls for the remittance of changes to immigration policies has highlighted a fresh issue for international musicians looking to tour through the UK, specifically via the Republic of Ireland – and stands as a foreboding indicator of how Brexit will ultimately affect the UK music industry both on a national and international scale.

Delivered to the minister of state for immigration, Caroline Nokes MP, the document details how seemingly unannounced changes to the certificate of sponsorship (CoS) will leave overseas visitors with no other choice but to apply for a UK visa. This process costs hundreds of pounds and takes several weeks and has been criticised by Sobel as a “silly, short-sighted policy”.

Additionally, the current Tier 2 (general work visa) application regulations will likely bar new self-employed European musicians and staff from the UK. The visa route currently sets minimum income of at least £30,000, meaning anyone who earns less than this annually will not qualify. The Tier 5 (temporary worker visa) option would also raise similar issues, requiring sponsorship through the same system.

The letter follows on the back of frequent concerns voiced by the Musicians’ Union (MU) about Brexit’s threat to the free movement of individual musicians through Europe and the potential delays created by customs changes that will further affect live tours running on tight schedules. On 13 November, the EU commission’s statement that “UK travellers will not need a visa to travel to EU countries after March 2019, even in a no-deal scenario” initially seemed to be a positive affirmation of the reciprocal ‘visa-less’ travel so desperately needed for the music industry. But it soon became clear that this was still not suitably applicable for professional musicians. Article 6.3 within EU law allows member states to impose visas for paid work, meaning that UK musicians would still likely require a visa to perform in the EU.

The exchange of international talent is crucial for the arts – if Britain’s music industry is to maintain its global presence, we must find a way to allow this to continue

A recent statement from Music Venue Trust (MVT) highlights how widespread closure of venues is jeopardising the sustainability of the national grassroots touring network – further risking the UK’s highly profitable and world-renowned live music business in a post-Brexit climate. Pushing for pipeline investment funds to be channelled into this sector of the British music industry, MVT CEO Mark Davyd drew from an evidence session House of Commons held on 10 October 2018 as part of the Digital, Culture, Media and Sport Committee’s inquiry into live music. Of those witnesses present, Tom Kiehl, deputy chief executive and director of public affairs for UK Music, expressed his concerns on the issue, describing how “the very unique challenges and experiences that the music industry face [are not] being acknowledged” in policy changes.

Increasingly, the threat of impeded movement for performers looking to travel around Europe stands as the paramount challenge to the development of artistic talent. Questioned on her own concerns about Brexit, the artistic and commercial director of the Royal Albert Hall, Lucy Noble, voiced her fears that the reduced ease of movement for soloists and conductors after 29 March next year could “restrict the quality, the diversity and the artistic development” of Britain’s musicians, as a result of Brexit.

It is not just control over the free movement of musicians that poses a problem for the future of the British music industry. A 2017 study by UK Music on the contribution of live music to the UK economy highlights the dangers the UK potentially faces by alienating their overseas music fans. £4 billion is the total direct and indirect spend generated by music tourism in the UK, while £2.5bn is the amount spent directly by the 823,000 music tourists visiting the UK. While the promise of visa-less travel would be applicable to concertgoers, the likely cost implications of touring a country with an expensive visa application would force EU artists to hike up their ticket prices. This would discourage audiences from both within and outside of the UK – ultimately damaging this lucrative business.

As it stands, Brexit poses a direct threat to Britain’s music industry. The end of free movement alone promises a lack of external mobility for British and non-British musicians. What’s more, the proposed policy changes threaten to cut off musical talent from the UK to an even higher extent. The exchange of international talent is crucial for the arts – if Britain’s music industry is to continue to maintain its global presence, we must find a way to allow this to continue after Brexit.

Alice Williams is political commentator at the Immigration Advice Service.