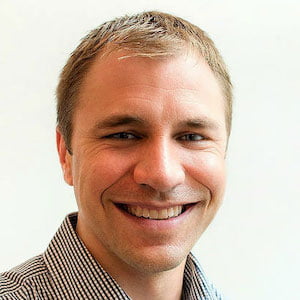 The live music experience is becoming richer, with deeper immersion and interactivity fuelled by exciting technology trends. Over the past few years, the industry has been increasingly open to adopting the latest innovations to amplify the live music experience for fans – with the likes of augmented and virtual reality, wearable devices, advanced mobile apps, blockchain and a myriad of other emerging technologies.

More than ever, fans are expecting more memorable and intense live music experiences – and the industry is taking note.

David Johnson, COO of Peex – a music tech start-up that offers gig-goers high-quality audio and real-time mixing via a wearable device – offers his thoughts on five technology-powered trends within live music set to gain momentum in 2019.

1. Expanding the breadth of the live music experience
The traditional gig experience is broadening to include meaningful fan-to-artist interaction before and after a show. No longer does the gig experience start when the fan reaches the venue. Apps with interactive features, streaming playlists, unique content and bundles with extra opportunities are enhancing the experience for fans. This trend is becoming more widespread.

For example, the London O2 arena is offering fans a single platform to engage with an upcoming show via exclusive offers, behind-the-scenes content, merchandise offers and even tech-enabled features like augmented reality, where fans were able to pose with Michael Bublé for selfies.

Post-show, the experience doesn’t finish. Expect to see more opportunities for fans to relive the magic of the show, accessing digital memories, content from the show, artist content, interactive setlists and professional photos. No longer will the fan have to focus on reaching for their smartphone to record the experience, rather than staying truly immersed in the energy of the gig. On top of this, venues are now collecting crowd data to help shape new forms of interactive and original content, which will deliver the best engagement with the fan.

2. Enhancing the live music experience
Within live gigs, technologies such as wearables and augmented reality are offering fans a richer experience beyond the traditional set-up of sound and visual effects. Live music enthusiasts can expect new ways to better connect with their favourite artists and performances.

As an enhanced audio example, Peex uses an innovative wearable to synchronise and augment a gig-goer’s audio experience, providing high-quality sound anywhere in a venue. The fan can also personalise their live concert sound with real-time mixing of the audio coming directly from the stage. Imagine hearing the show as if you are plugged directly into your sound system, except your gig seats could be 50 metres or more away from the venue or festival stage.

Advances in video tech are also bringing greater excitement to live shows. The upcoming Abba 2019 hologram show illustrates how far improvement has been made in authenticity and audience engagement – like never before, a younger generation can experience an older artist as they originally were.

3. Increasing globalisation of local live music
The world is increasingly connected, making it easier for fans to engage with live shows despite their geographic locations. Technology platforms such as virtual reality (eg Oculus Venues) and advancing wireless technologies (eg 5G streaming) are helping place fans from anywhere into the centre of their favourite artist’s concert. Whether due to distance, the frustration of a sold-out gig or wanting to have greater viewpoints at lower costs, expect to see more opportunities to experience live music virtually.

Live music is a social experience, offering a challenge for distant attendees. Virtual worlds will continue to look to replicate the excitement of attending a show with friends, meeting new people and being part of fan communities. Expect to see traction in the virtual world – although the obvious differences between real and virtual experiences will undoubtedly create challenges for them to be replicated. (Will new tech features be developed to replicate enjoyable elements of the live music experience such as pushing in crowds and spilt beer?)

The technology clock continues to advance at a rapid pace

4. The continuing rise of the fan content creator
More than ever, social media is the dominant approach for fans to share content and experiences. New tools are becoming available to assist fans in embracing their experiences and sharing it with the world, allowing for higher-quality content to be developed in a much easier way.

There are an increasing number of apps built specifically for the live music scene. For example, some are focused on enhancing the quality of videos by introducing augmented reality camera effects, or through fan access to authorised professional audio streams. What was considered professionally edited a few years back will become the standard for more general audiences. We can expect to see more content creation tools developed which will help set the precedent in how fans create content.

5. Growing personalisation and protection of fan data
The promise of blockchain will continue to gain momentum within live music. How information is captured, structured, tracked and protected is paramount. While its use to its fullest potential is still a few years away, live music applications within ticketing and fraud prevention, cryptocurrency payment platforms and simplified live music transactions across fans, artists, event organisers and venues are continuing to move forward.

Blockchain, for example, can help ensure the true identification of the ticket purchaser, helping to combat ticketing fraud. We can expect to see more personalisation in this area next year, in addition to facial recognition for tickets and identification, voice-activated platforms and chatbots.

The technology clock continues to advance at a rapid pace. With the music industry more supportive than ever, it will be exciting to see richer, technology-powered live music experiences becoming more mainstream.