Weiwuying, a US$280m, 1,500,000sqft mega-venue Taiwan hopes will serve as the main cultural hub for east Asia, has opened to the public after 12 years in development.

Weiwuying – in full the National Kaohsiung Center for the Arts, Weiwuying – was designed by Dutch architect Mecanoo, and takes influence from the canopies of banyan trees in the 116-acre Weiwuying park, in central Kaohsiung. The single, sweeping building covers a surface area of 35 acres, and incorporates five performance spaces: a 2,236-seat opera house, a 1,981-seat concert hall, a playhouse seating up to 1,210, a 434-seat recital hall and an outdoor theatre, linking the building to the park.

According to Mecanoo, that makes it the world’s largest performing arts centre under one roof, and “Taiwan’s most significant cultural investment in a generation”.

A ceremony in the concert hall on 13 October, attended by Tsai Ing-Wen, president of the Republic of China (Taiwan’s official name), officially inaugurated the venue. 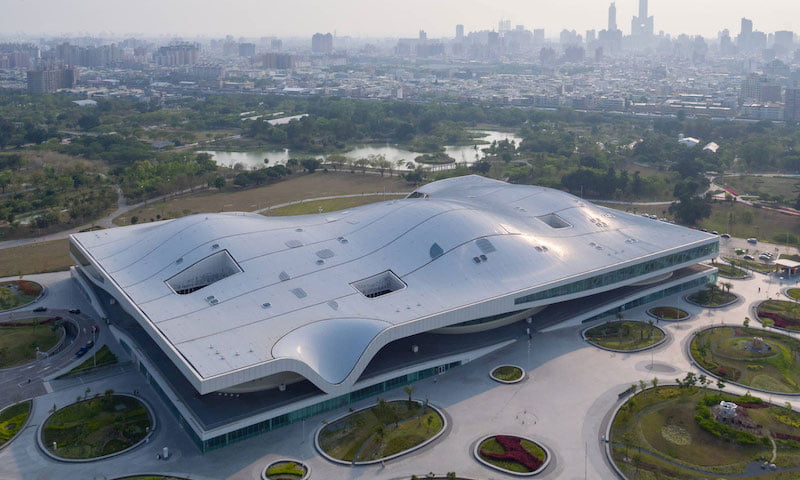 While music programming is largely classical, popular and world music gets a look-in, too: Taiwanese-Korean act Du Bud perform on 3 November, while French electronic project Cinema for Ears will play a pre-Christmas set exploring “the interplay of electronic music and sound art”.

Weiwuying’s artistic director, Chien Wen-Pin, comments: “Something that overseas visitors to Weiwuying will encounter is the passion for theatre, dance, spectacle and music that is everywhere in Taiwan. Our audiences are extraordinarily enthusiastic and knowledgeable. I will continue to work with artists at home and abroad to uncover new ideas for programming that reflect the very best in contemporary practice.

“Weiwuying, with its extraordinary facilities, gives us the opportunity to experiment – to be bold and innovative, and to try different things.”