The festival sector also fared strongly, with events like WOMADelaide pulling in the numbers 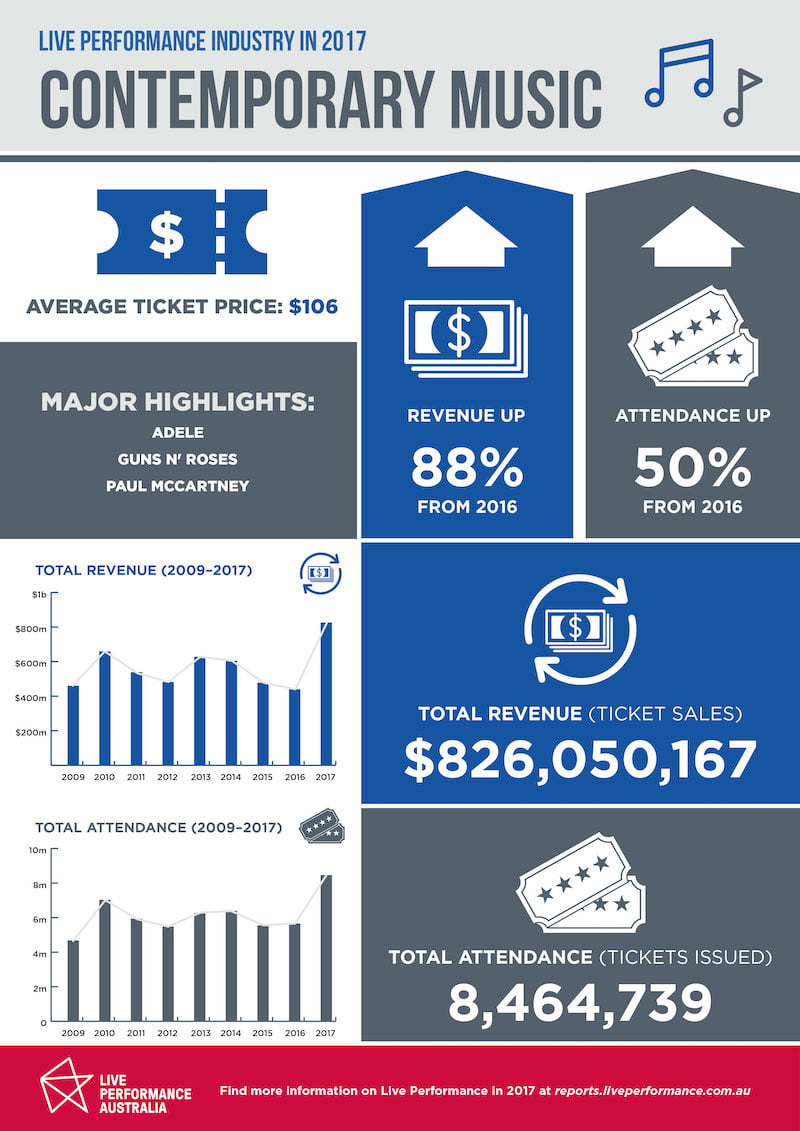