Why the new PPL tariff would be catastrophic for UK music

DHP Family's Julie Tippins highlights the impact of the proposed PPL tariff increases, which she says could lead to the closure of successful UK venues 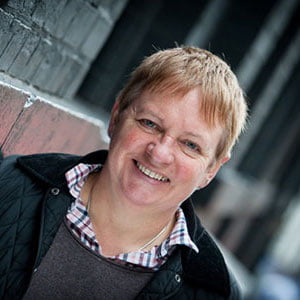 What’s that saying: “nothing can be said to be certain, except death and taxes”.

In the live music and nightclub industry – some of the costs we have to pay to play recorded music or host live music often feel just like a tax – I’m talking PRS and PPL.

These two monopoly businesses rarely (if ever) get a good word said about them from the venues that have to pay these charges. They take our money, but they never support us – and without live music venues or night clubs, how would UK music acts ever develop into international stars?

There is no recognition from these copyright collection agencies that we are a vital part of the music industry in this country – whether we are grassroots venues, nightclubs, bars with DJs or festivals with DJ tents. We are just the magic money tree constantly paying our fees up to these monopolies, despite closures of grassroots venues across the country. The UK lost 45% of all nightclubs between 2005 and 2015, and pubs and bars are still closing at a rate of 18 per week in 2018. Ever seen PPL or PRS raising concerns or offering to help with this decline? No… me neither!

If we fail because of yet another massive increase in our running costs, it won’t just be the venues affected

And just to be clear, we and all other music venues are not arguing that we should not pay PRS or PPL; we do and will continue to support artists, bands and songwriters through paying for use of copyrighted music. This is about the amount that we are being told to pay.

In July, PPL (Phonographic Performance Limited) – which collects and distributes royalties for performers and labels when recorded music is played, as opposed to PRS for Music (the Performing Right Society), which pays songwriters, composers and publishers, including for live performances of their music – announced a review of its specially featured entertainment (SFE) tariff, which covers nightclubs, pubs and bars, cafes, restaurants and hotels.

Among other things, PPL’s proposals would include a revision of its ‘fee-per-person’ measurement, leading to proportionately higher charges for larger events. In its consultation paper, the collection society says that, “in line with PPL’s key principle of fairness, PPL believes that in a revised SFE tariff the ‘fee per person’ for all SFE events should be broadly the same, regardless of the size of the audience. This aim is easier to accomplish with attendance bands of equal size, and therefore PPL’s current thinking is that a revised SFE tariff should use consistent bands of 25 people regardless of the size of the audience.

“The fee would be set at the top of each band.”

This increase would not be economically viable for our businesses

The proposals from PPL are quite outrageous. We have calculated that for just one venue, the new tariff would increase the annual cost from just under £6,000 to nearly £60,000. The justification from PPL for this would be almost laughable if it wasn’t so potentially damaging to businesses.

They have said they have modelled that this is the amount that people would be prepared to pay for having music to dance to. At time when nightclubs have been closing at a scary rate, this clearly doesn’t add up. We know our customers and how much they are prepared to pay, and we know how business costs stack up, and this increase would not be economically viable for our businesses.

One of our trade bodies, UK Hospitality, has produced some strong arguments why these proposals are extremely damaging to an important sector of UK business – and if we fail because of yet another massive increase in our running costs (after many have faced massive business rate increases, payroll costs and, for many of us, hikes in rent) it won’t just be the venues affected.

Where will artists and DJs be playing? I suspect once again in illegal raves – and those rave organisers won’t be paying any taxes, including PRS and PPL, or making sure people are kept safe. I don’t see that as a future any of us wish for.

Julie Tippins is head of compliance for UK promoter and venue owner DHP Family, which runs Oslo, Borderline and the Garage in London, Thekla in Bristol and Rock City, Rescue Rooms, Bodega and Stealth in Nottingham.