Ahead of E3S on 30 Oct, Chris Kemp and the O2's Danielle Kennedy-Clark outline the three years of complex work that went into safely reducing floor density at the arena 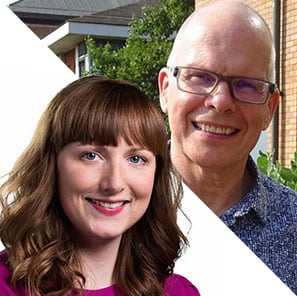 For the last three years, MOM Consultancy has been working with some of the largest venues in Europe on various projects including changing barrier configurations at events, testing plans at major stations, supporting new plan implementation at sporting and music events and facilitating the uplift of standing floor capacities. The latter of these has been a revelation for the company and helped MOM to understand the complex integration of safety and security needed in such projects.

In all projects, the customer has to be the focus. Realising the full benefit to the customer and also the primary key stakeholder needs to be met is a fine balance between customer care, safety, security and increased income. Many approaches to projects are based primarily on a profit motive whilst others are made putting the customer and the centre of development. The secondary type of approach enhances the whole experience and does not just focus on tangible quick wins. Two examples of clients who have put the customer at the very centre of their developments are the Echo Arena in Liverpool and the O2 Arena in London.

In this article we are going to focus on the O2 Arena as a case study and their three-year project to uplift the standing floor capacity whilst ensuring key benefits to the customer. To enhance the project MOM felt it pertinent to bring in a health and safety expert from ACT, Chris Hall, to provide expertise in an area where MOM does not work but is essential to understanding what is legal and practicably possible in relation to guidance, fire safety standards and other key precepts. Working alongside firstly Steve Gotkine, and then with Danielle Kennedy Clark, the seamless continuum was of paramount importance – it took three years from the start to the finish of this remarkable journey.

The project started with a series of familiarisation sessions to ensure that the team were au fait with the venue; this included visits to events, a review of plans, guidance used and health, safety and crowd management aspects, as well as interviews with a cross section of staff and a customer survey. By triangulating the plans with the surveys and observations, the team were able to put together a plan which tested the outcomes requested by the O2 management. The key aspect was spending time with the team watching how they prepared for events, their training protocols and the implementation of plans at the venue. Creating an understanding of how the venue worked, what made the audience and staff tick and what possible additions would support customer perceptions of care were all-important.

The delivery of the uplift in numbers utilised both a qualitative and quantitative approach, and one which would turn out to be a gradual testing and monitoring process from the initial numbers to the new density. Some may feel that a three-year testing period is a long time to finally implement the requested and agreed uplift, but due to the venue’s duty of care and ethical approach everything needed to be right to ensure the buy-in of every stakeholder involved.

The process was initiated by a debate: Firstly, a debate about the efficacy of increasing the number on the venue standing floor and how this would look given the shape and structure of the venue. The second debate was around the venue’s present structure and how this would cope with the obvious uplift and whether the existing structures were adequate to support such changes. Once this had been identified, preliminary meetings were held with the fire consultants to view the fire plan and what the envelope surrounding the plan provided. Deep and testing conversations were held and also secondary reviews held to test the envelope, which proved sound.

The consultants then worked on the figures creating a series of options, each of which had a number of caveats. Each caveat was related to the idea that for each calculation the management team would have to consider changes to the venue to facilitate the numbers.

Chris Hall worked on the figures, while Chris Kemp worked on the psychosocial aspects of the staff and crowd and what their appetite was for change. How likely did they feel that an uplift in floor capacity was the right thing for the venue? The results of the conversations were positive and the interesting piece was the difference in the appetite for risk both among staff and also the audience. These reports were written up and presented back as part of the final report.

Delivering such reports and ensuring that they meet exacting standards is difficult, as the safety and security of all stakeholders must be the first concern. Any changes proposed by the team in conjunction with the venue management team have responsibility and accountability attached to them – so this is not a light touch, but rather a complex integration of qualitative and quantitative factors resulting in the possible reshaping of the venue or unforeseen changes which, of course, can have knock on effects.

The key to all deliberations with a venue is openness and the will to succeed, as in a carefully structured and trusting client/consultant relationship. This is based on respect and that each individual brings something special to the table that may result in a better than hoped for outcome, especially in the competitive arena environment.

The initial project took five months to complete and at the end of the process provided an outcome which could then be taken to the council’s planning team. This nerve-racking process can be very testing unless, like our combined team had done, answered every question that we knew that we would be asked in the presentation to the council. From this presentation there were few questions, and the joint delivery by MOM and the O2 went down well, showing a finely integrated strategy and operational delivery.

A number of recommendations were then made by the council which resulted in the O2 team having to take the results to the board and provide them with a specification and costing, which included a cost-benefit analysis. MOM also made a number of recommendations which were accepted by the council – these were all related to health and safety activities and the gradual increase in capacity until the final capacity was reached. A further recommendation was that the O2 worked on a case-by-case basis with the increase and not as a blanket for every event, taking into consideration holdback of tickets, artist and audience profiling, the A-Guide and the resultant templates for gigs and other salient information.

The management team’s understanding of their customer base is very deep and they can usually predict how an event will go and how the customer will act. This is key to the unified and positive outcomes of any event. However, the team is only as good as their weakest person and the O2 assiduously provide training for their teams at all levels to ensure that all members are working towards their true potential, thus creating a culture of safety across the organisation.

Following the work that the O2 carried out with MOM, the O2 team were confident that they were moving in the right direction and it was safe to embark and introduce their first change in the floor density for the arena. After they had completed a thorough risk assessment for the forthcoming shows, they introduced the first density change in October 2015. The standard floor density that the venue had worked with for a number of years was altered from a .4 to a .39 density. On average the venue operated a minimum of 15 shows at the .39 density before reducing the density further. Following each show the team, led by Danielle, monitored, debriefed and reviewed the standing floor footage of the event and obtained detailed feedback from the staff on the ground. They continued to risk assess each event before implementing any changes to the density. The desired safe density that Danielle and her team were working towards was .36.

The process to reach this desired density was a long but necessary procedure. This ensured that the team had considered and fully evaluated the risks and continued to work towards the desired outcome. Over the three-year process they continually liaised with their licensing authority on the progress that was being made. Danielle and her team are now coming towards the end of our their evaluations and working at the lower density levels, Due to this process, the standard floor numbers have increased on average by 10% for each event. However, what is very clear is that the time taken over the process and alterations made inside the venue have been supported by a strong health and safety underpinning to their approach.

Changes like this are not to taken lightly – but if venues have the patience to deliver without considering the financial benefits, but concentrate on whether such a development will be safe, is crucial in ensuring the resilience and longevity of such changes.

Professor Chris Kemp is the founder, CEO and owner of Mind over Matter Consultancy. Danielle Kennedy-Clark is director of operations at the O2 London.