As le Bureau Export celebrates its 25th anniversary in London, project and event manager Géraldine Zanaska believes 2018 could be a breakthrough year for French music 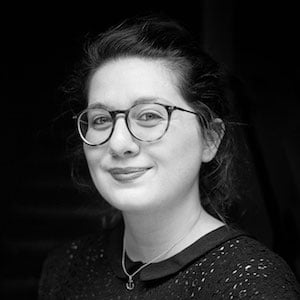 “Things gonna be alright, things gonna be just fine,” sings 26-year-old French pop star Jain on the first single from her second album, Souldier, which was released worldwide at the end of August.

Debut album Zanaka (meaning ‘children’ in Malagasy, the language of Madagascar, where her mother was born) came out in 2015 and quickly went multi-platinum in France, where she has already played hundreds of gigs to huge crowds of fans who sing along to every word.

In the UK, it’s quite a different story. Despite quite a few late-to-the-party but complimentary articles in the UK press, as well as some radio play and a few festival slots, Jain hasn’t quite managed to break into the mainstream on this side of the channel. But this new release could well be the one that takes the UK by storm.

I feel positive about it. I mean, if we can win the World Cup twice, who’s to say we can’t have more than one French act topping the UK chart in the same decade? And, as I sit in my local pub in London where French pop royalty Christine and the Queens’ new single is playing on repeat, I tell you, 2018 is a grand cru for French music, and not just in France.

Six years ago, after earning my figurative stripes (in addition to my Breton jersey) in the UK music business, working for various promoters, venues, and record labels in Paris and London, I was offered a job at le Bureau Export, the French music export office, to help promote French artists in the UK and Ireland. There, I discovered the world of music export, where there is no straight path to success, and no formula for helping artists that works the same way twice. From dragging amps to the Oui Love showcases we organise in London to partnering with respected festivals worldwide; from connecting with leading tastemakers and bookers or small venues across France to helping out with visa and immigration issues; from funding international tours to organising trade missions, and songwriting camps, and creating networking opportunities for music professionals… we do it all.

And, as Le Bureau Export this year celebrates 25 years of championing French music around the world, the future has never looked so brilliant.

If we can win the World Cup twice, who’s to say we can’t have more than one French act topping the UK chart in the same decade?

Back in June, we published a report on the international reach of the French music industry, examining the key trends in three branches of the industry: music publishing, recorded music, and the live sector. According to our findings, French acts are winning over more international listeners, concert-goers, and professionals than ever, with constant growth recorded.

In 2017, the French music industry’s international revenues accounted for €283 million, of which €72.8m come from the live sector (+26% since 2014), making it the second source of revenues abroad after copyright and music publishing. The report also highlights the effect of streaming as the main method of music consumption, with streaming representing 58% of the sales of recorded music outside France last year. And there’s no denying that music’s worldwide availability, thanks to streaming, has also made a mark on French acts touring the world’s stages.

In the report, we also introduced a new tool for analysing the live industry: the Live Charts. Each Live Chart highlights French artists that have made an impact through tours and live performances. And in 2017, many did. While established artists such as Justice regularly appear on festival line-ups abroad, newcomers such as rapper MHD, whose Afro-trap (a genre he created himself) videos first found fame on YouTube, and electronic groups such as the Blaze and Her have also appeared on line-ups at iconic festivals such as Coachella, Roskilde, Glastonbury, Sziget, Sónar and more.

And let’s not forget DJ and producer Petit Biscuit – now selling out venues in Europe and across the US, after debut Sunset Lover was released in 2015, when he was just 16 years old. A track that has since racked up more than 277 million plays on Spotify alone.

So perhaps it’s time to brush up your French on DuoLingo, as it looks like music ‘made in France’ will be seeing La Vie En Rose for the foreseeable future.