The inaugural year of the festival, held on the grounds of Stockholm's Maritime History Museum, sold out all 18,000 tickets a month before the event 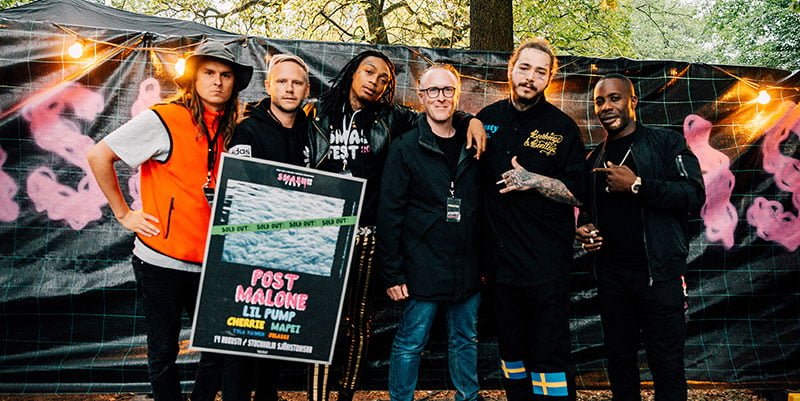 Following in the footsteps of musical legends like Pearl Jam, Nirvana and Neil Young, performers at the inaugural Smash Fest took to the grounds of Sweden‘s Maritime History Museum last week. Organisers Maloney Concerts and Woah Dad! are celebrating the success of the event, which managed to sell out all 18,000 tickets a month before.

Festivalgoers were treated to performances from a host of international and Swedish artists including Lil Pump, Cherrie, Mapei, Tyla Yaweh and Jelassi throughout the day, with headliner Post Malone taking to the stage later on. A headline performance at Smash Fest tops off what has been an impressive year for Dre London-managed Post Malone, whose second album, Beerbongs & Bentleys, has smashed records around the world.

The day festival was equally well received by local media, with Sweden’s biggest media outlet Aftonbladet saying: “Smash have succeeded with something few others in Scandinavia has (this years lineup of Way Out West included) consistently book contemporary artists that reflect the present time.”