Innovation: what are festivals doing to stay ahead of the game?

With audience expectations at an all-time high, Skiddle co-founder Richard Dyer outlines how music festivals are pushing the envelope in 2018 and beyond 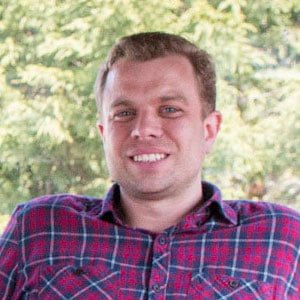 Having a warm cider, dancing in the rain and tramping through ankle-deep mud is part and parcel of what makes our festival scene so unique, but don’t be fooled – there is much more to this Great British Institution than meets the eye.

Every year, hundreds of festivals pop up on Skiddle’s Festival Guide. With competition increasingly stiff and music lovers demanding more bang for their buck, a prime location and stellar line-up are only half the battle.

So, how are festivals innovating, and what can we expect in 2018 and beyond?

Ticketing
Festivals are an expensive business. With purse strings tight and competition increasing, many festivals and innovative ticket retailers have adapted the way customers can pay, offering flexible payments and deposit schemes to ensure everyone can afford to attend.

As well as adapting payment methods allowing customers to spread the cost, Skiddle also offer face-value refund services and cooling off periods for customers who change their minds. Skiddle’s Re:Sell and Cool:Off functions have proved immensely popular, giving music-lovers a fair and flexible way to buy festivals tickets while offering those who do initially miss out a second chance at attending.

Now, festivals are a year-round institution

Embracing diversity
While many festivals offer a broad range of entertainment, there have always been some that cater to a specific genre or more niche tastes. But, as the number of festivals grows year on year, many have broadened their line-ups to shift tickets. Now, it isn’t unusual for heavy rock festivals to host house DJs, for example. Mirroring social trends, many festivals now offer panel sessions on issues of the day and diversify their line-ups by opening up the floor to poets, comedians and politicians.

With many festivals facing criticism for their male-dominated line-ups – and with the BBC revealing that 80% of festival headliners in 2017 were men – some festivals are trying to highlight their commitment to women in music by hosting female-only stages and actively addressing the gender imbalance. While some festivals are struggling to catch up, many smaller festivals – Sonder in Manchester, for example – are boasting a 50% male/female artist split.

Staggering announcements
In the past, festival season used to last the summer and then all would go quiet until May. Now, festivals are a year-round institution. In fact, a recent Skiddle survey showed the second most popular time to book tickets was in January. The staggering of announcements, and the fact many festivals now release tickets and early-bird offers almost a year in advance, also shows how the climate has evolved. The sheer volume of festivals and the fact that many now exist outside of the traditional summer months to avoid date clashes have also contributed towards this shift in behaviour.

The power of tech
Cash-free festivals, facial recognition, data-scanning, virtual reality and live streaming. Technology has been present at festivals for years, but accessibility, consumer demand and logistical requirements mean that festivals have stepped up their game. With engagement over social media being a key draw, the power of live streaming is increasingly valuable for securing ticket sales. Artists are also harnessing this power, using VR and more ambitious stage displays to enhance the live experience. Efficiency and safety requirements have also increased the need for more savvy tech, with organisers understanding that bad experiences can damage a reputation within minutes.

Ticket sellers have also embraced technology, working in partnership with festivals to ensure the entire journey is smooth. Skiddle has been ahead of the game for a number of years, recently introducing an update to its app, which now acts as a personalised event discovery experience, as well as a checkout.

Mouth-wateringly good
Gone are the days where a burger van and rotating kebab on a stick will suffice. Now, many festivals are fully aware that the food and drink on offer at their event is almost as much of a talking point as what’s happening on the main stage. Gourmet offerings, vegan and gluten-free options, world cuisine and Instagram-friendly delicacies are becoming regular features on the circuit. As well as charging accordingly, many event organisers are coming to realise that festivalgoers have come to expect the best, and anything less really just won’t do.

A quirky advantage
With unpredictable weather, mounting costs and logistical nightmares aplenty, many festival organisers have chosen to leave fields behind and head to established venues in towns and cities instead. Attracting tourists, day-trippers and people who enjoy washing their hair rather than rolling in mud – inner-city festivals are thriving. While the experience is more practical than the escapism of rural locations, the experience is often none-the-less thrilling. Inner-city festival owners are drawing in the crowds by utilising quirky spaces, as well as more traditional venues.

Harnessing the power of social
While traditional marketing is still used (often in moderation) by festivals, the focus has been on social media for many years. Facebook, Twitter and Instagram are the obvious choices to announce an artist, share a line-up or rally a community, with many festivals also throwing the majority of their marketing and advertising budgets around Facebook retargeting and sponsored ads.

Not only do these hone in on a specific and relevant audience, their persistence – and the fact they can sell an experience in a flash – often converts passive scrollers into festivalgoers with relative ease and efficiency.

Richard Dyer is co-founder and ticketing director of Skiddle.