Collaboration, cooperation and the future of ticketing

With Seatwave and Get Me In! no more, Dave Newton charts the history of online ticket resale – and says the customer must, finally, come first in a post-secondary world 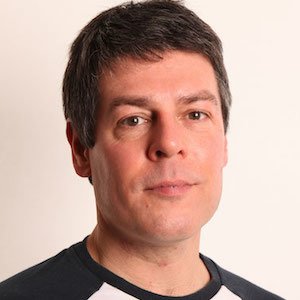 Monday’s news that Ticketmaster is shutting its secondary ticketing sites, Get Me In! and Seatwave, has received an almost universally rapturous response from the UK live music industry (Rob Davies’s reservations in the Guardian duly noted) – which, to me, just highlights the ridiculous situation the industry allowed itself to get into over the last ten years, through intransigence and an aversion to cooperation and collaboration.

Without writing the complete history of this sorry state of affairs, let’s rewind to the DCMS’s decision not to legislate against above-face value resale back in 2007, when the live music industry was told, in summary, that there was no appetite for legislating against the free-market activities of all those that engaged in touting, and therefore the industry should go and sort out its own problems (cf. conclusions and recommendations from p38 of this document).

At that time in the UK, we had three established touting sites – this was before the successful rebranding of ‘touting’ as ‘secondary ticketing’ – Viagogo, Get Me In! and Seatwave.

One of the first things was that Ticketmaster bought Get Me in! – the first blatant example of the “can’t beat ’em, join ’em” trend that many in the industry subsequently adopted.

This was followed by the Music Managers Forum (yes, those wonderful people who have now been a significant force in turning the tide on this issue) launching the Resale Rights Society, whose aim was “to ensure that artists and the live music industry share in the proceeds of resold tickets” by endorsing ‘kitemarked’ secondary sites in return for a cut of the resale profits. WTF!

The Concert Promoters Association also got in on the act by launching their own secondary platform, OfficialBoxOffice.com, built and powered by See Tickets.

There was even a certain booking agency stalwart who, having railed against the secondary market at successive ILMCs, then was found lurking on the other side of the fence as an ‘ambassador’ for Viagogo.

These actions all contributed significantly to the sorry state of the live music market that, in February 2012, was so brilliantly exposed in Channel 4 Dispatches programme, with the finger being pointed at artists and promoters who were supplying primary inventory directly to the secondary platforms.

Then eBay brought over their StubHub platform from the US, and Ticketmaster bought Seatwave, giving us the ‘big four’.

The industry allowed itself to get into a ridiculous situation, through intransigence and an aversion to cooperation and collaboration

So how did the tide then turn?

A number of things happened around the same time, many inspired by ticket buyers who were pissed off at being ripped off. Who’d have thought? Certainly not Carl Leighton-Pope, who said at a Music Tank debate, “Now that secondary ticketing is here we have to embrace it. Nobody is going to be able to do anything about it, especially if the public wants it.”

Sharon Hodgson MP initiated a private member’s bill to introduce legislation capping resale at 10% above face value. The bill was voted down, but it did start a parliamentary process that then gave consumers (including consumer associations, such as Which?) and those in the live events industry who refused to be tempted into the dark side (stand up, Stuart Galbraith) something to build a campaign around.

Sharon herself was a pissed-off customer, having been ripped off trying to buy Take That tickets for her daughter.

This trend for pissed-off consumers taking direct action continued with Marie Goldman channelling her frustrations at her father being a victim of a duplicate (ie fraudulent) resale into developing the Piktical platform, which enables the whole ticketing industry to centrally control the distribution and redistribution of tickets, locked down by facial recognition.

And, more visibly, Claire Turnham’s Victim of Viagogo campaign, which was born out of the manipulation she suffered at the hands of Viagogo when buying Ed Sheeran tickets as a birthday present for her son. To date, the campaign has been responsible for more than £750,000 in refunds being returned into the hands of ticket buyers.

In the midst of all this, Twickets was launched from within a music industry base as a true fan-to-fan resale platform, with no tickets able to be resold above their original face value. (A heads-up at this point to the original fan-to-fan resale service, Scarlet Mist, which has been running largely unnoticed in the background for years. The solution to the problem was already there back in 2007, if the industry had only collaborated and collectively decided that it wanted to put its customers first.)

The increase in noise from the public, coupled with a momentum in the print, online and TV coverage, gave confidence to those artists big enough and principled enough (stand up, Adele, Ed Sheeran, Arctic Monkeys, Catfish and the Bottlemen, Noel Gallagher and others) to voice their opinions and to express their anger and frustration at their own fans getting ripped off.

Social media played a big part, too, as artists are now exposed to the voices of their audience directly (especially through Twitter) and want to know what their team (manager, agent, promoter) are doing about it.

The artists’ voices were channelled through the MMF, who leapt back over from the dark side into the light and launched FanFair Alliance (FFA), headed up by the tireless campaign manager Adam Webb.

Promoters weren’t prepared to allow customers to return tickets for a show – the sentiment being, “tough; it’s their fault they can’t make the show, not mine”

This was the key cog in the machinery, as it gave everyone in the live events industry in the UK something to aggregate around. FFA supported Victim of Viagogo, liaised with the long-established All-Party Parliamentary Group on Ticket Abuse, fed the media and strategised with artists, managers and promoters, steadily building a rounded campaign whereby legislation, enforcement, education and pressure brought us to the point this week where Ticketmaster have announced: “That’s right, we’ve listened and we hear you: secondary sites just don’t cut it anymore and you’re tired of seeing others snap up tickets just to resell for a profit.”

Ticketmaster has made a pragmatic decision to protect their core primary business, as their focus (and the focus of nearly all ticket companies in the UK) is the entity that controls the inventory – whether that be the artist, the promoter or the venue.

Over the last 18 months, we have seen Viagogo lead their business in the UK to the edge of the legislative cliff, refusing to engage with parliamentarians, National Trading Standards or the Competition and Markets Authority. It can only be a matter of months before Viagogo is forcibly shut down – or they do another disappearing act under the cover of darkness, as they did when the RFU won their legal action against them a few years back and they fled overnight to Switzerland?

(It’s just a hunch, but Viagogo was set up by Eric Baker after he sold StubHub to eBay just over ten years ago. Could it be that the non-compete clause has run its course and very soon we’ll see Eric Baker back in the US with a new secondary ticketing incarnation, competing there with his former company?)

Over the same 18-month period, artists and their managers have put Ticketmaster on the spot by requesting, on a show-by-show basis, that they refuse to allow listing of certain shows on their two resale sites – the unspoken threat being that Ticketmaster would miss out on any primary inventory otherwise.

Ticketmaster never had a strategy to develop a secondary ticketing service – it acquired two players already in the market as a way of sharing in a pie that looked like it was just going to grow and grow with, at the time, seemingly no appetite within the industry or government to stop it.

Now the tide has turned, Ticketmaster (UK) are wisely repositioning themselves as a primary ticketing agency, and have flipped their existing resale platforms into providing fan-to-fan resale functionality for the main service.

In 2006, I specced out a return-and-resale module for WeGotTickets, as it had become a frequent request from customers who were no longer able to make a show. The module never got developed, largely because of the resistance we met from promoters. They weren’t prepared to allow customers to return tickets for a show that wasn’t completely sold out – the sentiment being, “tough; it’s their fault they can’t make the show, not mine”.

I understood this at the time but with hindsight it seems so short-sighted and insular. I wonder what would have happened if, at that time, all the ticket companies had developed such functionality (props to Skiddle for being the first, I believe, to actually go live) and we had evolved the UK ticketing industry into a position whereby the customer was clearly the priority. For everyone.

There is an inherent contradiction in the way the ticketing industry works these days, in that the ticket companies focus almost all their energies and resources exclusively on their clients (those that control the inventory) – yet it is the ticket buyer that is charged for that service in the form of the booking fees, services charges, delivery charges, transaction charges, etc.

The booking fees that the customers pay are artificially (and ridiculously) high because the ticket companies offer the inventory controllers an inducement in the form of a kickback/rebate on every ticket sold, which can be as much as 50% of the total booking fee.

If we really are “doing it for the kids” (stand up, Alan McGee), then the service that is being provided by the ticket companies to the inventory controllers should be charged to those controllers and wrapped up in the ‘face value’ of the ticket. Certain delivery options could then incur an additional cost per order, but everything else should be an inside charge – a ‘show cost’, if you like.

One thing this whole debacle has shown me is that it is not enough to just pay lip service to the mantra of “putting the customer first”. Customers know a raw deal when they get one and sometimes they’re motivated to do something about it!

What needs to happen next is for the live events industry in general (and the ticket companies in particular) to come together to work out how to control the sale and resale of tickets in a way that is compatible with how the artists want their fans to be served.

I would propose that this would be through a central ticket repository system that all ticket companies are hooked into, where the issuing, transferring and redeeming of tickets is able to be controlled to the specifications of each live music event’s stakeholders – artist, manager, agent, promoter and venue. Blockchain technology may provide the appropriate backbone to such a system, but we need to be more open-minded than that so that we collaborate and cooperate to design the optimal solution before deciding on the technology upon which it’s built.

We could learn an awful lot from both the airline industry and the banking sector in this respect. I’ve said it many times before, but what allows me to take cash out of my Lloyds account from a NatWest ATM?

Collaboration across the sector, coupled with a desire to provide the best possible service for its customers.

WeGotTickets founder Dave Newton is currently advising on a number of projects in the ticketing and live music space, having resigned as a director of WeGotTickets last October. He can be reached on LinkedIn.