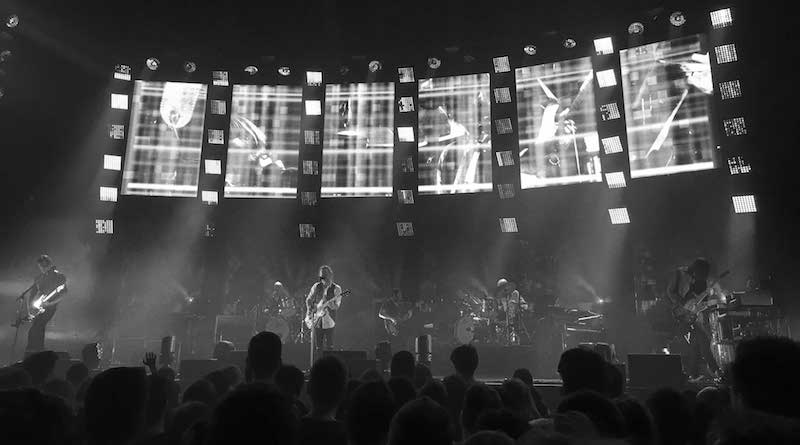 Last night saw Radiohead play their first Toronto show since the fatal accident that claimed the claimed the life of their drum technician Scott Johnson six years ago. During the second encore, the band called for answers and accountability over the 2012 incident.

“We wanted to do a show in Toronto, the stage collapsed, killing one of our colleagues and friends,” frontman Thom Yorke said to the audience.

Whilst preparing for a show at Downsview Park in Toronto in June 2012, the roof of the stage collapsed, killing the 33 year-old from Doncaster and injuring three others. The following year, Ontario’s Ministry of Labour brought charges against Live Nation, Optex Staging and Services and stage engineer Domenic Cugliari for wrongdoing under the Occupational Health and Safety Act. All parties pleaded not guilty.

However, with three days remaining on the trial, judge Shaun Nakatsuru was appointed to the Ontario Superior Court of Justice, declaring a mistrial. The judge appointed to the case after Nakatsuru’s departure, Ann Nelson, ruled in favour of the defendant’s application to drop the case, citing their entitlement to a trial without unreasonable delays. Last year, the charges were stayed altogether.

Radiohead drummer Philip Selway recently discussed the lack of response from the Canadian justice system on BBC’s Newsnight. He said the court case had “broken down on a technicality,” with everyone involved having received “no real answers”.

Yorke’s passionate speech at last night’s gig at the Scotiabank Arena was followed by a moment of silence. It is reported that members of the crowd interrupted the silence only to shout “we’re sorry” and “we love you”.