With ample venues, a vibrant festival scene and a boom in talent export, the Danish live market is one of Europe's most compelling 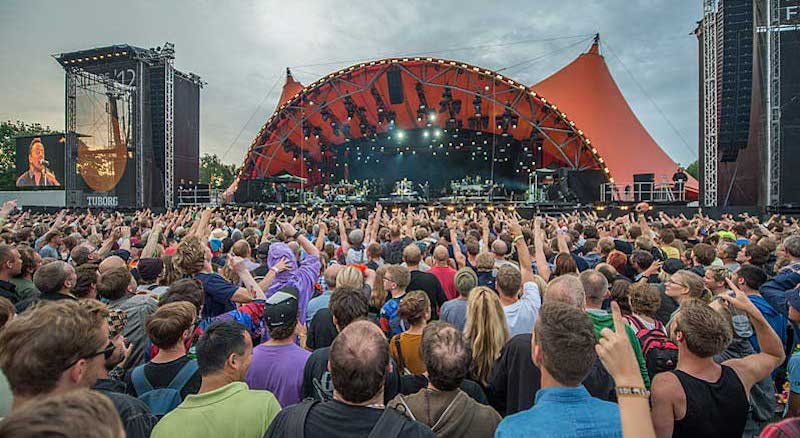 They’re the best in Europe at badminton; the happiest, hygge-est people in the world (but also among the biggest users of anti-depressants); the producers of some quality television; and they’ve got the highest taxes on the planet. But Denmark hasn’t, despite honourable mentions going to Aqua, Whigfield, and Metallica drummer Lars Ulrich, made all that many international pop stars.

However, contributions from the likes of young artists MØ and Lukas Graham; the success of Trentemøller, Iceage, Oh Land, and Agnes Obel; and other rising Danish talent – it might be argued – add up to something of a boom, giving Denmark something to compete with against habitual pop greatness of neighbour Sweden.

Whilst Denmark may not historically have been the greatest producer of pop music, it has never had any problem consuming it. By most accounts the Danish live business is thriving in its most visible formats, with big festivals and big shows making hay, and interesting new events springing up.

The Danish festival scene has done away with the idea of saturation. Instead, the market seems to be benefitting from a huge expansion in potential festival demographics. More people than ever want to experience Denmark’s festival offerings and by all accounts, the landscape is changing.

“I guess from a historical point of view, Sweden has always been that cool, Scandinavian pop country, and Norway and Denmark and Finland haven’t had the same status,”

Capital city Copenhagen is a major tour stop, while second and third cities Aarhus and Odense can also drum up a crowd. And every summer, in and around these three pleasant spots, Roskilde, Smukfest, Copenhell, NorthSide, Tinderbox, Haven and other festivals bring major international and local talent to this scattered but compact nation of islands and peninsulas, and its 5.7m inhabitants.

Danish promoters in 2018 queue up to sing the praises of a happy, healthy market. “From a logistical point of view, Copenhagen is always included on a touring cycle,” says Kim Worsøe of ICO, one of Denmark’s longest-serving promoters. “And we are at the moment spoilt for choice in terms of venues, so in principle we can accommodate all the requests we get from artists.”

“Right now, it’s good,” agrees Live Nation promoter Jeppe Nissen. “There’s so many great venues in Denmark and so many great festivals, and everybody seems to be doing well. The last few years have been strong and this year is looking good too. At this point, it looks pretty healthy on all sides.”

And adding to the sunny outlook, there is all that Danish talent, which has even seen acts penetrating the Swedish chart.

“At this point, it looks pretty healthy on all sides.”

“I guess from a historical point of view, Sweden has always been that cool, Scandinavian pop country, and Norway and Denmark and Finland haven’t had the same status,” says Martin Rintza, an agent at the newly established Copenhagen branch of Swedish-based, Live Nation-owned Luger. “In Sweden, there’s still so much good music, but there’s also great stuff coming out of Denmark and Norway right now. Lukas Graham was number one on Spotify in Sweden, which was an important thing, and MØ is playing all the Swedish festivals. And we are part of a Swedish agency, so we are definitely working to do a lot in Sweden and the rest of Europe.”

Not that Denmark doesn’t have its idiosyncrasies. The taxman hits promoters hard – a 25% VAT and 5.5% PRS charge take more than 30% off every krone of revenue, hiking up ticket prices in a country where everything is already on the pricey side. And as with everywhere else, the smaller shows can be a worryingly hard sell.

Even here, though, there are reasons for optimism. Anderz Nielsen of rock & roll agency Gearbox, whose roster is split between Danish acts like The Courettes, The Haunted Brothers, Baby Woodrose, and the band’s frontman Uffe Lorenzen; and international ones including Godspeed You! Black Emperor, Mudhoney, and Deafheaven, believes even out of fashion guitar bands may have turned a corner in Denmark.

“It has definitely been growing a bit since papers and magazines have been taking rock & roll seriously again,” says Nielsen. “A band like Zeke from Seattle, we have done them the past 20 years or so, and where it used to be 100, 120, now it’s 200 to 300 people. It feels like guitars are coming back in style again.”