Philadelphia mayor: Made in America must relocate

The open air concert on the US's Labor Day, created and curated by Jay-Z, is faced with relocation in 2019 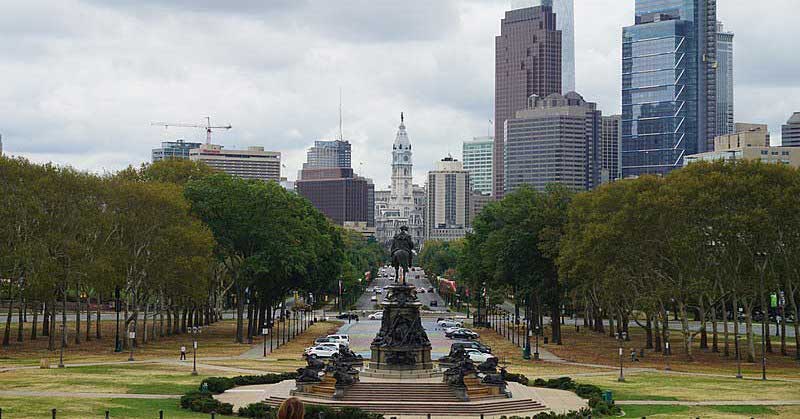 Ben Franklin Parkway, Philadelphia, Made in America's home since 2012

Jay-Z‘s Made in America festival has faced prolonged issues this week, after comments from the Philadelphia mayor’s office said the open air event will from 2019 need to relocate away from the Benjamin Franklin Parkway, it’s home since 2012.

Citing cost issues, congestion in the city brought on by the event and a growth in tourism, a representative for Mayor Jim Kenney’s office told local media, “the need for an event of this scale at this location may no longer be necessary.”

The decision not to let the event go ahead at its long-term home in 2019 appears to have been made without the input of Jay-Z or Roc Nation. Comments to local media from the mayor’s office therefore provoked an angry response from organisers and Jay-Z himself, with the rapper penning a passionate op-ed in the Philadelphia Enquirer.

“We are disappointed that the mayor of the city of Philadelphia would evict us from the heart of the city, through a media outlet, without a sit-down meeting, notice, dialogue, or proper communication,” the rapper writes.

“It signifies zero appreciation for what Made In America has built alongside the phenomenal citizens of this city.”

“How do you think that tourism grew, Mayor Kenny?”

The mayor’s office originally cited an increase in tourism as one of the reasons the event, which last year welcomed 130,000 concertgoers across Labor Day weekend, need not go ahead in its current location. To this, the rapper responded by saying his event was largely part of the reason the city had seen this success, asking: “How do you think that tourism grew, Mayor Kenny?”

Officials have suggested the event may happen at a different Philadelphian location, but it seems the site of Benjamin Franklin Parkway is of particular importance to organisers. In his op-ed, Jay-Z writes that the Parkway, “captures the freedom and spirit of inclusivity that drew us to the City of Brotherly Love.”

Variety reported yesterday that Desiree Perez, chief operating officer of Roc Nation, stated that Made in America will take place at Benjamin Franklin Parkway or it will move out of Philadelphia altogether. Perez went on to call the Mayor’s actions a “bullying tactic.”

Made in America promoter Live Nation has since weighed in on the matter, siding wholly with Roc Nation. “We have yet to hear a compelling or plausible explanation for why the festival cannot return to the site where it has successfully been housed for six years and generated $102.8M in positive economic impact to the city,” Live Nation says in a statement.

“By handicapping Made In America’s ability to bring the best show possible to the best site possible, this administration makes a statement about how it values the arts and plans to protect and expand the city’s vibrant musical heritage.”

Performing this year at Made in America (1 and 2 September) at the Benjamin Franklin Parkway, potentially for the last time, are artists including Nicki Minaj, Post Malone and Diplo.

ILMC 33:The New Bosses reflect on a year of turmoil