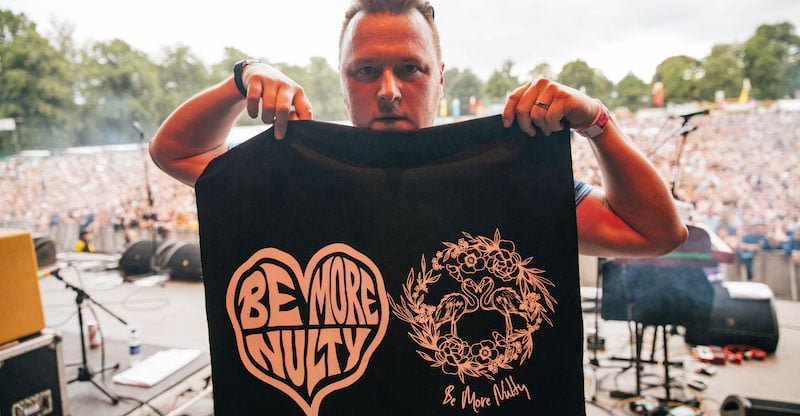 Performers including Craig David, Milburn and Reverend and the Makers honoured late festival director Sarah Nulty at last weekend’s Tramlines, which attracted crowds of 30,000 to Hillsborough Park in Sheffield, UK.

Nulty, who co-founded the festival in 2009, died aged 36 earlier this month. Artists, staff and attendees paid tribute by wearing ‘Be More Nulty’ T-shirts, while several acts spoke during performances of their memories of Nulty.

Sunday headliner Craig David also thanked Nulty after the festival, which ran from Friday 20 to Sunday 22 July, saying she had created an “amazing” event and “brought so many people together”.

Thank you everyone @tramlines festival today you were absolutely amazing! Thank you Sarah Nulty for creating such an amazing festival & may you rest in peace knowing that you’ve brought so many people together and your legacy will live on.🙏🏽❤️ pic.twitter.com/95n4YFVo5y

Plans have also been revealed for a permanent memorial to Nulty on Devonshire Green, in Sheffield city centre, facing the original Tramlines site.

Fellow festival founder Timm Cleasby comments: “It’s very important that there is a permanent tribute to Sarah in recognition of everything she put into the city. She was a massive fan and supporter of Sheffield’s creativity and independence. The positioning of the plaque at Devonshire Green is a poignant and fitting tribute.

“Sarah’s vibrancy and energy made her seem larger than life and it’s brilliant that she will be remembered for years to come. Hopefully her work will serve to inspire others in the future.”

“It was great to see Sarah come on board with the festival when it was first conceived and develop into the role of director,” adds Richard Eyre, Sheffield City Council’s head of major events. “I was personally inspired by her passion and her vision. She had a fantastic calming influence on everyone and never seemed flustered by the issues that arose in the running of a festival.

“It’s totally fitting that the city pay tribute to Sarah’s work in the local music industry and I look forward to seeing the memorial in place at Devonshire Green.”