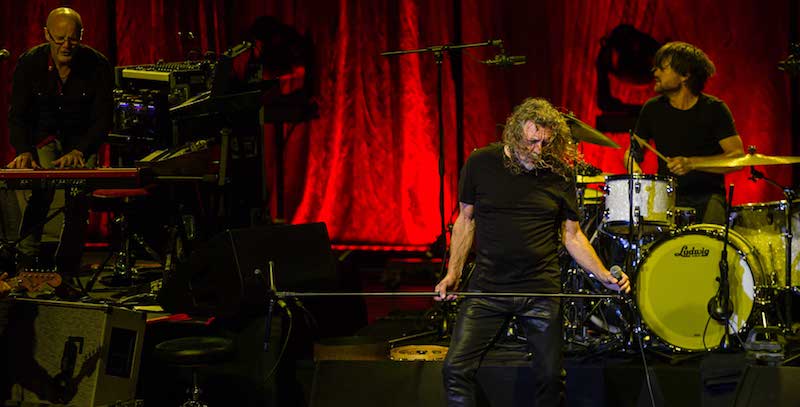 Robert Plant and the Sensational Space Shifters returned after 11 years away, to close the festival

Celebrating their 25th year with 52,000 jazz fans, the events of 2016’s failed coup d’état are a distant memory for the Istanbul Jazz Festival. Two years ago, organisers were grateful for just avoiding cancellation amid the political unrest; in 2018, organisers are celebrating the festival’s most successful series in years.

Over the course of the 22-day festival, 450 artists performed in venues around the Turkish capital. Local artists and jazz heavyweights shared the 27 stages of the festival, organised by the Istanbul Foundation for Culture and Arts (IKSV). Among the most high-profile of performers, Nick Cave and the Bad Seeds played to a crowd of 9,000 fans, whilst Robert Plant and the Sensational Space Shifters welcomed nearly 200 refugees to their performance, in connection with the UNCHR.

Robert Plant and the Sensational Space Shifters welcomed nearly 200 refugees to their performance, in connection with the UNCHR.

Among the more traditional jazz offerings, this year also welcomed back networking and showcase event, Vitrin, for the second time. Turning a spotlight on musicians and artists from Turkey, the showcase offered a mix of jazz-crossover performances alongside indie, electronic and rock groups.

Since the events of 2016, jazz fans from across the world have rallied around the festival. In 2017, organisers were given a confidence boost as 25,000 people returned to the Istanbul concert series, just one year after the failed coup. At the time, festival director Pelin Opcin said: “The audience reaction was amazing. We were delighted – the eagerness and enthusiasm I saw among attendees this year is really promising.”

Opcin went on to say last year that she was confident future editions of the Istanbul Jazz Festival would see the event bounce back to its former glory, once again attracting the 40,000 to 45,000 festivalgoers that previous years had enjoyed. The scale and success of this year prove her thoughts were well-founded.