Set against the backdrop of Henry VIII's Tudor palace, the festival concluded its record-breaking run of shows last weekend 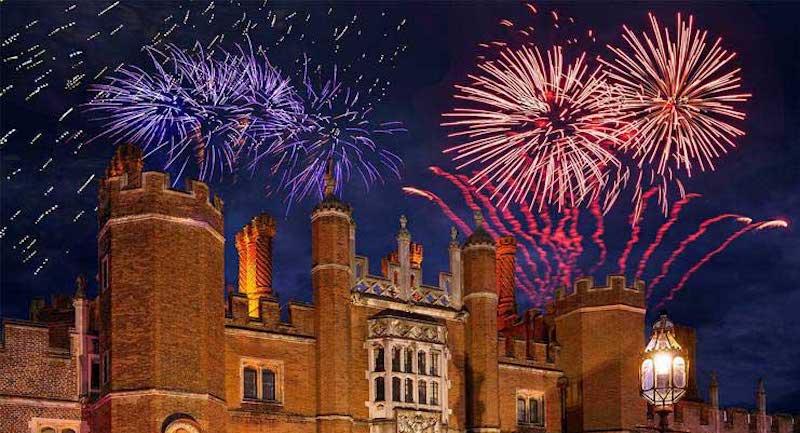 Now in its 26th year, Hampton Court Palace Festival is the latest event to announce record-breaking success in 2018. Organisers are celebrating the sell-out of 11 of its 13 shows scheduled for the 3,000 person capacity auditorium in the palace grounds.

Organised by IMG, the 18-day event came to a close last Saturday (23 June) with a performance from the Royal Philharmonic Concert Orchestra. The show ended with an impressive fireworks display in the East Front Gardens of the palace.

Aside from the Royal Philharmonic Concert Orchestra, festivalgoers at this year’s event also flocked in great numbers to see the likes of Tom Jones, Paloma Faith, Gary Barlow and The Beach Boys perform in the auditorium in the Base Court courtyard of the palace. Barlow enjoyed a particularly sought-after festival, as it was announced sales to his concert sold out in the fastest time ever for the event, in less than two hours.

As one might expect from a festival set in a former Tudor king’s residence, Hampton Court Palace Festival is known for its luxury. 2018 certainly didn’t differ in this respect, with VIP guests being treated to three-course dinners in the palace’s state rooms, accompanied by fine wines that were “fit for a king”.

On the popularity of this year’s festival, Stephen Flint Wood, managing director of arts and entertainment at IMG, says: “We are absolutely delighted with the record-breaking success of this year’s Hampton Court Palace Festival.

“Every concert has been of a truly world-class standard performed in the palace’s intimate historic auditorium, providing an unforgettable experience for all of our guests.”

This feeling was shared by reviewers. The Sunday Mirror called the event ‘a perfect setting for rock royalty’ whilst the Sunday Express labelled it a ‘run of spectacular shows at one of the UK’s grandest of venues’.