ATG Access director, Gavin Hepburn, provides some practical advice on how outdoor events, big and small, can improve security around their sites 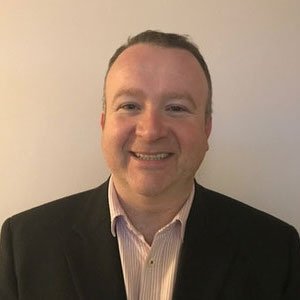 The UK is renowned for its summer music festivals, with record numbers of crowds drawn to the likes of Glastonbury, Download and V Festival each year. During 2016, in fact, the number of attendees at UK festivals rose by 6% to 3.9 million.

But, with such large volumes of people expected to attend various events this summer, it is important that security is stepped up to protect the public from a possible terror attack, especially given the surge of attacks that have occurred at public places across Europe.

In 2016, the world saw attacks rise by 25% to 24,202 in total, with four attacks taking place in London alone over the past year. It has illustrated how open the country is to an attack and that an incident can never be ruled out.

Due to the fact that festivals are filled with large numbers of people crowded into one area, they make an ideal target for an attack whose aim is to cause as much destruction as possible. We just need to look at the attack at the Manchester Arena in 2017, where 23 people were killed and over 500 injured, to see just how severe an attack on a music event can be.

Recognising that event venues are a prime target for attacks, festival organisers began to introduce extra security measures following the incident in Manchester. At Glastonbury, for instance, festivalgoers were told to pack light, place luggage tags or identification on all their bags and not to wrap them in thick plastic, otherwise they would be searched. In addition, there were also additional car searches carried out and attendees were met with more security personnel when they arrived at the event.

At Wireless Festival in London, meanwhile, organisers opted to use a mixture of sniffer dogs and metal detectors at entrance gates. They also banned large bags completely.

But, while more security personnel, sniffer dogs and extensive searches will help identify and prevent a terrorist on foot, these security measures will not protect against a vehicle being used as a weapon. Given the recent attacks in New York, London and Barcelona, vehicles now appear to be the preferred weapon of choice for terrorists. Therefore, festival organisers need to turn their attention to implementing physical security solutions, such as temporary bollards and barriers, to mitigate against hostile vehicle risks.

With festivals often based in remote locations, attendees may be dropped off either by bus or car a short distance from the site and will then have to walk to the main gate, meaning crowds may congregate inside the festival or outside on the surrounding areas and roads while they’re queuing to get in. Given that thousands of people can be gathered in one area, it is important that site perimeters are properly protected to safeguard attendees against possible vehicle attacks.

One effective way of securing the perimeter would be to use temporary event security barriers. Permanent security measures aren’t always the most appropriate solutions to put in place at events, particularly at festivals that tend to happen just once a year for only a few days. This is where new temporary hostile vehicle mitigation (HVM) barriers can provide effective perimeter protection during the course of the event.

“We are currently enduring times of great uncertainty, meaning a terror attack can never be ruled out”

These solutions can be assembled and put in place in just over 30 minutes – they can also be removed just as quickly. This means that busy streets around the site, as well as entrances to the festivals, can be secured and shut off in a short timeframe. The barrier can then be removed once the event is over, limiting the amount of disruption caused.

Some temporary HVM barriers are also capable of stopping a 7,200kg lorry travelling at 32kph within less than five meters of penetration, making them an effective solution to protect the perimeter of temporary events. They have also been designed to be pedestrian permeable, meaning that people and their bags can easily pass through without disruption, but vehicles or any large machinery cannot.

We are currently enduring times of great uncertainty, meaning a terror attack can never be ruled out. With the summer upon us and thousands of people getting ready for festival season across Europe, it is imperative that event organisers start thinking about how they’re going to secure sites, while ensuring that attendees can still enjoy the event. Unobtrusive temporary event security barriers are an effective solution that can be deployed right before the event, but that also avoid creating a ‘fortress mentality.’

We must stand together and take action now to prevent any further vehicle attacks from making contact with their target.