Taking place over two weekends, this year's events saw performances from a range of acts including Alfie Boe, Haçienda Classical and Kris Kristofferson 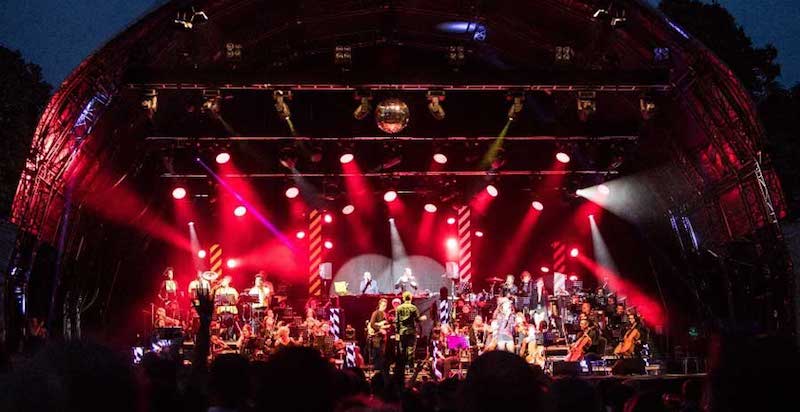 Once home to members of the English aristocracy, for the last two weekends Kenwood House has played host to thousands of concertgoers and a host of performing talent. The concerts mark the first musical performances at the former stately home since 2013.

Ending this five year absence were performances from acts including Haçienda Classical, Alfie Boe and Katherine Jenkins. In a break from previous years, 2018’s 10,000-capacity arena was positioned so that the historic building overlooked guests, making for an impressive setting. As well as music, crowds were treated to a number of artisan street food stalls as well as a selection of hampers and wines.

Kenwood House has a well-established history of live music events, pre-dating festivals like Glastonbury by some 20 years, but after poor ticket sales in 2013, former promoter Rouge Events pulled out of further concerts. In November last year, Giles Cooper Entertainment (GCE) announced it would be seeing in the return of music to the venue after the five year absence.

“Kenwood is not the easiest of sites to stage concerts, particularly in this era of heightened security”

2013 presented different challenges for concerts at Kenwood House and organisers noted that approaches had to be changed to fit into the live music landscape of 2018. Promoter Giles Cooper of GCE comments on this: “Kenwood is not the easiest of sites to stage concerts, particularly in this era of heightened security.

“Our decision to not allow food or drink to be brought into the arena was not the most popular, but was a decision taken as a direct result of the threat level in the UK still being rated as ‘severe’, and unfortunately a necessity in this uncertain and sometimes dangerous world that we live in today.”

Since last year, GCE has also worked to bring music to two other English Heritage sites: Wrest Park in Bedfordshire and Audley End in Essex, and are already planning for 2019 at Kenwood House.

DEAG turns a profit in first nine months of 2020