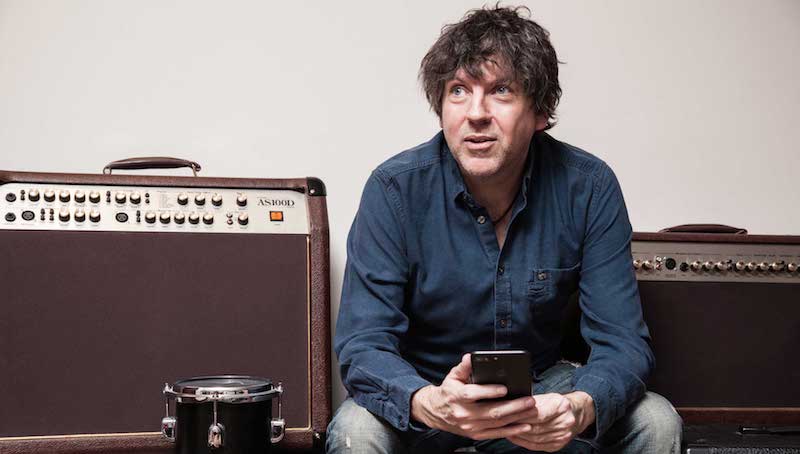 Music might be more accessible than ever, but revenues for the global music industry have been almost cut in half over the last 15 years. Artists with small to middling followings rarely reap the rewards of services like Spotify and Apple Music; only those with millions of plays can count on the revenue that streaming provides.

Add to this the fact there is no real way to reach fans outside of social media and costly advertising, and you have an industry that just doesn’t benefit artists the way it used to. Recognising this in 2014, Kevin Brown began the process of creating what is now GigRev.

Though his greatest success of the past came from the founding of affiliate marketing platform Affiliate Window, Brown is no stranger to the world of music. In his 20s, Brown organised bus trips for artist’s fan clubs. Relying on posters in shop windows to attract customers, he took fans across Europe to see their favourite acts, including a particularly successful trip taking 5,000 to see Madonna.

Since its official launch last year, GigRev has gone from strength to strength as it seeks to reignite the power of the fan club in today’s music industry. By creating a white-label platform for artists to customise and update for the benefit of their fans, Brown’s creation aims to monetise the loyalty of so-called ‘super fans’.

“People are ready to take on the music industry and be part of a new era where artists have full control of their relationships with fans.”

In 2016, Eventbrite published data suggesting super fans account for over half of all festival spending in the US and the UK. According to GigRev’s own data, super fans account for 61% of all music sales. Their data also suggests that 45% of super fans want a deeper connection with artists, beyond just being able to stream songs. Being able to tap into this revenue stream means bands can earn more whilst not needing to rely on external advertising and social media channels.

GigRev has been a work in progress since Brown first identified the problem in 2014. It took three years of testing and development before it could launch. Speaking to IQ about the launch, Brown says: “The response we’ve had since launching GigRev last year has been phenomenal, and not only has it proved favourable with artists and their fans, it’s also had nods from industry heads.

“Before bringing the app to market we spent three years building an extremely robust platform, ready and able to take on the fanbases of some of the world’s biggest names.”

He isn’t the only one who believes the best is yet to come for GigRev. A successful Seedrs campaign this year saw the app reach its £250,000 investment goal and then surpass it by nearly £50,000. It’s a clear indicator that people are interested in what GigRev is looking to change about the industry.

Brown continues: “People are ready to take on the music industry and be part of a new era where artists have full control of their relationships with fans.”

With a host of successful fan apps already live and more in the pipeline, the team at GigRev are looking forward to the future and the potential change they could create in the industry. Brown says: “We’re really excited for the future of GigRev as we’ve been inundated with requests from artists and currently we are working with some of the industry’s biggest and brightest stars whose GigRev powered apps will be live in a matter of weeks.”

Finland allows events of up to 500 people